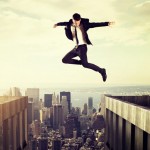 I’ve written a few times about the mindset work undertaken by Stanford’s Carol Dweck.  She identifies two kinds of mindset that are fundamental to how we view life, and indeed how successful we often are.

Lets start with the fixed mindset.  This is the kind of thinking that believes we’re largely stuck with the abilities and talents we’re born with.  People with this mindset believe intelligence is a relatively static entity, and they tend to therefore look for ways in which they can show off their intelligence.

People with the growth mindset tend to regard intelligence as something that has to be developed.  It’s akin to thinking of our brain as a muscle, and as with every muscle, it becomes stronger the more it’s trained.  This belief lends itself nicely to a desire for constant improvement.

There have been a number of studies exploring the impact our mindset has on everything from academic to professional success.  A recent study from Washington State University (WSU) suggests that our mindset can also have a big role to play in our confidence levels.

The research found that we are more likely to be overconfident if we believe that intelligence is something that’s fixed.

This overconfidence is often fed by excessive concentration on relatively easy tasks at the expense of harder tasks that may have a higher failure rate.

Those with a growth mindset however spend longer on those challenging tasks, which helps to keep their self-perception much more grounded.

This can be a particular problem in areas such as leadership, and indeed I wrote a few years ago about an INSEAD study into the perils of overconfident leadership.

The paper highlights how overconfident people are often excessively optimistic, which causes them to underestimate the chances of them making an error.  What’s more, such folks tend to have a rather polemic approach to success.  When things go well, they prefer the limelight to fall purely on themselves, but when failure looms, that is then deflected onto others as much as possible.

The WSU study reminds us that overconfident people can tend to pick the easy jobs to load the dice of success in their favor.