Started in the year 1995, PHP is one of the most popular server-side scripting languages designed for web development. Today, a big segment of the “server side website development industry” is dominated by PHP. Besides, many popular sites like Wikipedia and Facebook, as well as CMSs like WordPress, Magento, Drupal, and Joomla are built on PHP.

Now these days, a question “is PHP dying or not” has become a moot point among web developers. Many people think that due to the arrival of newer programming languages like Ruby, MEAN Stack, Python, Lua, etc., PHP’s popularity is diminishing slowly. In this article, we will discuss whether or not PHP language is dying with the help of statistics, because stats don’t lie!

A significant percentage of sites are already built and are still building on PHP. Let’s have a look at server-side language surveys given by w3techs: 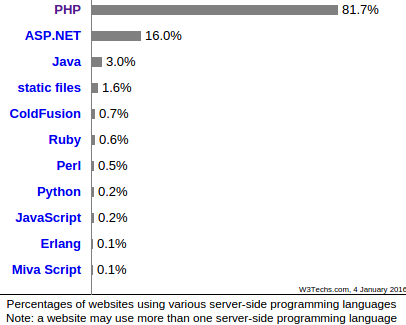 Here you can see that PHP is used by 81.7% of all the websites whose server-side programming language is known. 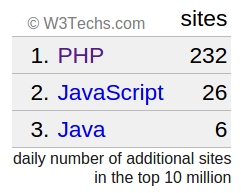 Here are Statistics of Percentage of Websites Using Different CMS 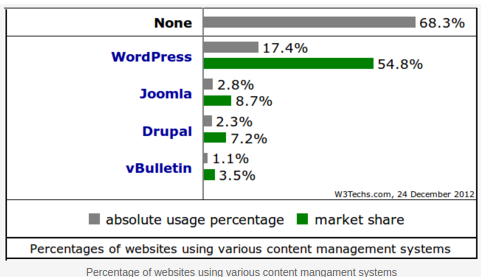 The following report shows the historical trends in the usage of server-side languages since January 2015:

According to the above mentioned stats, it is clear that:

It’s just a rumor that PHP is dying. PHP is a quite popular and widely used programming language, and it’ll not fade away easily. Although there are many competitors of PHP, this language is highly demanded and popular in developing web applications.