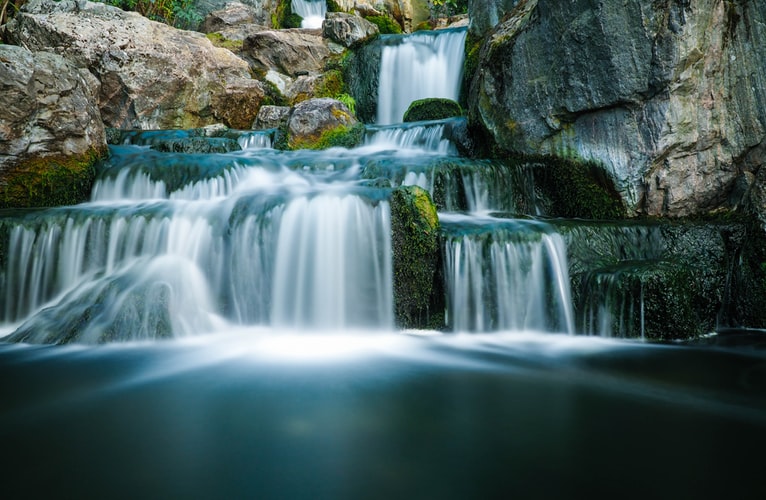 Undoubtedly, it’s hard to manage huge software projects. It is believed to be a great achievement in delivering a safe and secure product meeting your customer needs. The best way to successfully deliver the project is attained by the writers who spills a great digital ink every year.

You may also like: What's the Difference Between Agile and Waterfall, Really?

In recent years, if you are well aware of this conversation, you might have got acknowledged the switching of every organization to the methodologies of project management. You too have followed the herd and started using methods of agile yourself but also have found that they are not that suitable for some of your projects. The reason behind this would be the values that your team failed to find agile approach ceremonies. Or might be the management haven’t bought it fully-in to the repetitive development styles.

So, what about the status of the waterfall methodology in 2019? Yeah, it’s well active and alive.

About the Waterfall and Agile Project Management

The project moves sequentially on an expected timeline. It starts first with planning, followed by the customer approval, then comes coding, after that QA and at the last, release. For handling projects, it’s a very nice system where you acknowledge all the needs at the starting of the project.

On the contrary, an Agile project has a little different face. Rather than, planning the complete project in the starting, an iterative approach is followed by Agile. To the customers, the small pieces of software are delivered by developers at a rapid pace as possible. From the customers, those developers make the use of feedback to enhance and create the next chunk.

This style of project management performs well, the requirements are unexplored at the starting of the project. By providing software more swiftly, Agile offers benefits but to offer an expected timeline, for the completion of the project, it still struggles.

For decades, it has been arguing advocating each project, over which is more effective. The truth in this scenario is that both are right in their respective ambiance: the strengths and weaknesses state that for distinctive projects, each style can be most efficient.

Some Project Which Says Waterfall, a Better One

As noted most of the time, for some of the projects, waterfall project management is better always. For example: for a satellite, you are not ready to design software using Agile’s iterative approach.

You would find your bosses might be getting tired quickly writing the checks for launching new satellites each time the failures of the previous system get fixed by you. While the satellites are left held by your team, it’s possible that the work accomplished by you would be similar.

In these circumstances, teams of waterfall attain the success where all the software requirements are known upfront. When to a forcibly-involved iterative cycle the customers don’t like to commit, it’s also said an effective approach.

In many companies, the style of waterfall project management is preferred by senior management as it’s predictable and structured. It’s easy to get the details about the timing and way of a project while moving to the next state. This is usually appreciated by the managers, as the communication of the project’s state becomes easy.

In general, the best thought for waterfall approaches, when delivery of the software is expensive and requires correction for the first time. Like the above example, there lie various software fields where it’s quite hard to get what works and what not with the failing software.

The foremost rule among the various agile project management is that the best fit rule for your team should be adopted by you. In the first stage only, an Agile team that dramatically sticks to the rules that are set by them missed the agile viewpoint. This straightly points to an achievable and also the best fit for various projects.

From the waterfall, the process of structured up-front planning is taken by a hybrid strategy and is paired with the focus of Agile on delivering small chunks of the software. The waterfall methodologies' best parts are attained by an akin approach but the delivery of small bits of the software is accomplished more swiftly.

This permits customers to employ new features more quickly. The more structured way of developing the software is appreciated by the management, and the attainment of the software at a fast pace is cherished by the customers. The withdraw of getting more meetings is valued by the developers.

As experienced mostly, in the same manner, most of the teams of software operate. Some parts of the philosophy of agile are found to be progressive for them, so they combine them with a structured approach, the waterfall strategy. To recognize the areas of the improvement of the team, the team might find the real worth in focused and short sprints or performing regular reflective.

Be it be any reason, the best way to prepare yourself for success is to approach the project management approach by picking the best suiting tactics for your team.

How to Maximize Waterfall Project?

If your team approves to build your projects employing a waterfall strategy, you would be required to be sure about maximizing your success likelihood. You can go for adopting various habits to ensure the same.

For the newbies, you should take a stand with the well-represented developer voices during the phases of planning. During planning, to serve the technical voices, the technical managers will come in use, but it’s mostly found that sometimes they are insufficient.

A more durable technical grip of the existing software’s limitations is held by the developers which point towards the helpful guiding discussions about the possibilities and beyond with your team.

Secondly, it is advised to adopt agile strategies when they best fit. For example, suppose that you are clutching a desired feature, but the surety about its suitability with the software is still unknown. To prototype implementation, a few weeks might be taken by an agile team to observe the possibility of their efforts. Even if your organization favors waterfall approaches, there lies a reason according to which this idea can’t be stolen by you.

In spite of concerning the in-support project management philosophy, a wide-spectrum of the recommendations of the project management applies. By assuring the effectiveness of the communication lines between the stakeholders, you will never follow the wrong path.

You should teach the developers to take a stand with the emergent issues along with the application as soon as possible. For delivering the software, the timelines should be recognized by everyone and can also be subject to alteration.

This time, saying that there’s a place in 2019 for the waterfall is not worth it. For a variety of distinctive projects, the best fit is waterfall methodology, including somewhere the agile world be entirely a non-starter. A key proficiency for any project manager is accomplishing your projects with planning and care, regardless of the delivery process of the software.

Practicing a waterfall philosophy for managing projects assures that you will bestow your time effectively for the software designing and the version that the customer gets should be best out of what your company can deliver. The team gets encouragement from agile philosophy to fail fast whereas waterfall recommends avoiding failing entirely.

Why the Waterfall Development Methodology Has a Very Apt Name

Agile vs. Waterfall — Which One to Choose?

Waterfall vs. Agile (Part 1): Can They Be Friends?