This week, we have a vulnerability in the BrewDog mobile app exposing users’ PII courtesy of hard-coded bearer tokens, Cisco has announced the arrival of their APIClarity at KubeCon 2021, F5 has published a report on API attacks in Open Banking, and finally, there’s a mega-guide on API security best practices. 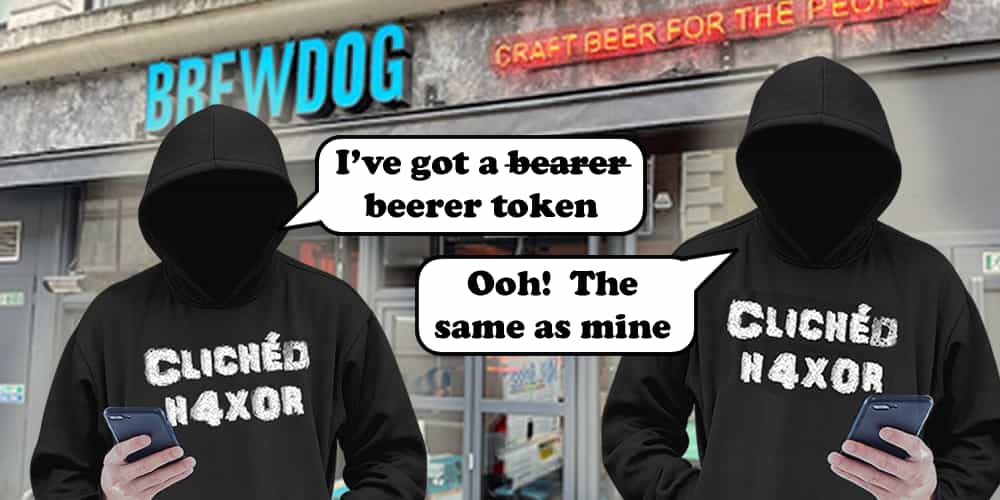 The researchers discovered that the developers of the mobile app had hard-coded API bearer tokens into the application source code. This meant that any user of the application could retrieve information for arbitrary users simply by guessing their user IDs. Worse still was that this information included clearly Personally Identifiable Information (PII) under the GDPR definitions.

When the user is interacting with the mobile app, each call the app makes to consume the API behind it includes a bearer token as part of the authentication process. Typically, these tokens should be short-lived session tokens and unique to each app user. The tokens are usually obtained through an authentication protocol — commonly OAuth2 — following successful authentication. This makes a bearer token a sensitive asset because it represents the user’s delegated identity. As such, it should be safeguarded in the app and disposed of when a session is ended. Definitely, these bearer tokens should never ever be stored in the source code of the app, even if they were encrypted.

Remarkably, this is exactly what the researchers discovered when reverse-engineering the BrewDog app, with clear evidence of three hardcoded bearer tokens: 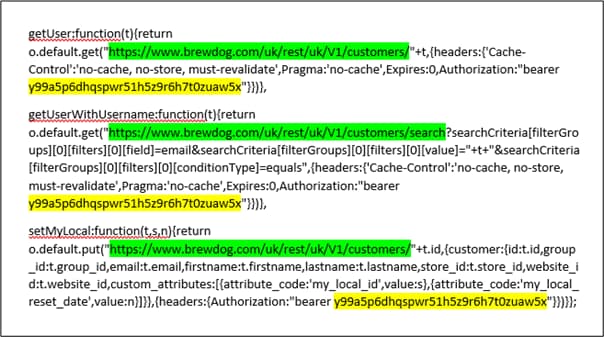 Moreover, by manipulating the user ID in API calls, it was possible to retrieve information about other users, including their PII like name, email, date of birth, addresses, and telephone numbers. There was also a ‘Bar discount ID’ that is used to create QR codes for discounts on beers! Although the user IDs weren’t sequential it would be easy enough for an attacker to brute-force and download the full details for all users. Free beers, everyone!

The response from BrewDog has been somewhat inadequate: they sought to initially avoid the issue, and then somewhat clumsily removed the vulnerable API which rendered the app somewhat dysfunctional. It took several attempts before the issue was properly remediated, with the release notes slightly ironically stating “nothing too exciting”.

The lessons to be learned here are numerous and important, namely:

Kudos to the researcher Alan Monie on this discovery and write-up — have a beer on us!

APIClarity — available on GitHub — is described as “Wireshark for APIs” and is maintained by Cisco, 42Crunch (read more here), and APIMetrics. A quick overview of the solution is available in this video:

Report: F5 Report Into Cyberattacks on Banks and Financial Services

Next, we take a look at API attacks and Open Banking in the second part of a comprehensive report from F5 on reported security incidents at financial organizations.

The most telling statistic here is the increase in the number of incidents that relate to APIs. From 2018 to 2020, only about 6% of incidents were API-related, whilst in 2020 APIs accounted for a whopping 55% of the incident!

A similarly telling statistic is the fact that the financial sector is far more likely to suffer an API-related incident(a total of 50%) compared to the average of 4% across all industries.

The key takeaways from the report include:

This guide should prove invaluable to both novices and experts alike and covers several key topics, such as: