This week, we have details of a potential vulnerability in existing Prometheus installations with no endpoint security enabled, details of a new tool to assist organizations to map their API attack surface, a report on the analysis of publicly available OpenAPI definition files in the public domain, and news on upcoming API security awareness and training from We Hack Purple.

Previously, the metrics had not been considered sensitive at all, but in version 2.24.0 support for TLS and basic authentication were added. Unfortunately, because this is a relatively new feature (v2.24.0 was released in January 2021) and many installations in the public domain still use an older version, JFrog concludes that large-scale data exfiltration is still currently possible.

The authors describe some elementary intelligence gathering techniques using Shodan and ZoomEye to ingest data from over 27,000 hosts. Their findings included: 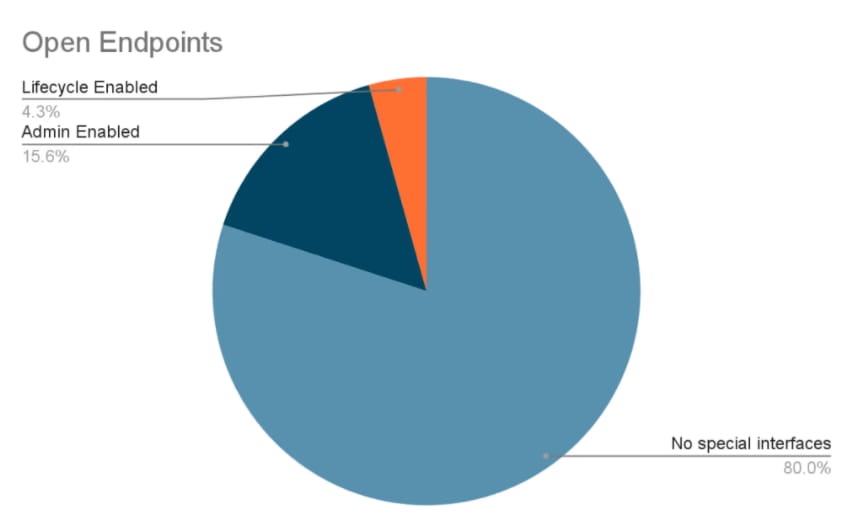 The key takeaways here are:

The old adage of “you can’t improve what you can’t measure” applies equally well to security: you can’t secure what you don’t know about. API security is a no different beast here.

API discovery is increasingly under the spotlight because it enables organizations to understand the extent of their risk exposure stemming from their API estate. In complex organizations, the vast variety of internal and external APIs, programming language and framework choices, and hosting or cloud environments can make this, or even estimating your attack surface, a challenging undertaking. The most likely result is a wild “finger in the air” estimate.

Luckily, there is a free API attack surface calculator to get you started. It allows you to get an (albeit very basic) estimate of your API attack surface based on a few basic, easily identified parameters. While not being a discovery tool proper, undertaking such an estimate should be illuminating in its own right: what are the knowns, what are the unknowns, where more information is required, and where should an organization start with its API security initiative.

The increased adoption of the OpenAPI Specification (OAS) standard over the last decade has resulted in a vast number of OpenAPI definition files in public repositories.

In a fascinating report, courtesy of Nordic APIs, the Australian security company Assetnote scanned over 200,000 publicly available OpenAPI files, with the goal of discovering underlying trends and patterns in them.

In summary, some of the key findings here include:

The continued interest in API security is being reflected in the availability of new, quality training offerings.

This week, we have news of an API security awareness event, featuring Isabelle Mauny (field CTO of 42Crunch) in a conversation with Tanya Janca (aka. @shehackspurple) as part of Tanya’s new We Hack Purple academy and community.

Also of interest to API security practitioners will be the upcoming mini-course from the We Hack Purple community. I look forward to featuring the course in this newsletter once it is available.