ESP8266 is relatively new and cheap in price. It comes with an inbuilt firmware which supports serial interface and can be controlled using AT commands. Even though we can use this module to offload WiFi functionality from another micro controller or any other processor, this module is not just a serial to WiFi transceiver!
It is comprised of
That is fair enough to be a standalone WiFi supported μC. So we can burn our own programs onto this chip. At the moment we have 3 ways to program this module.
In this post, I am willing to discuss the 3rd option, how to use Arduino IDE to program ESP8266.

There are already built packages under releases. Once it is downloaded and launched we have select the board and the programmer.
Tools -> Board -> Generic ESP8266 board 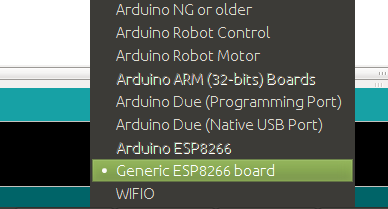 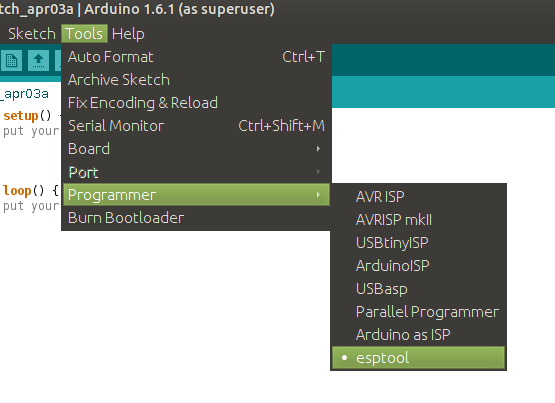 Now the hardware part. See below schematic for the configuration. 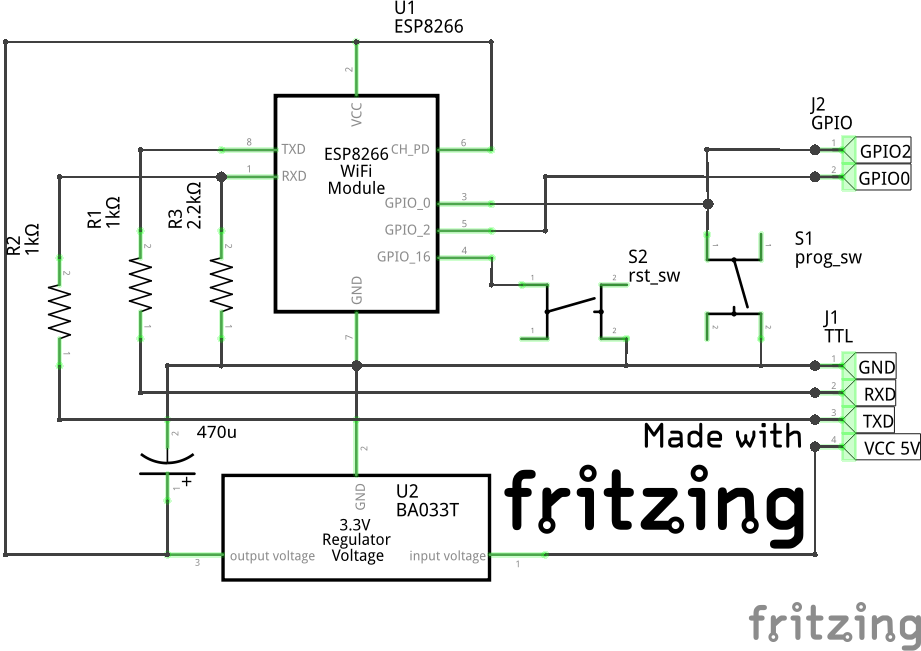 J1 should be connected with a USB to TTL adapter accordingly. 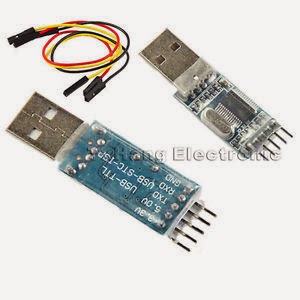 In order to burn Arduino sketch to the ESP8266 module S1 switch should be enabled. In other words GPIO_0 should be grounded when binaries are being uploaded to the chip.
Once it is done. Toggle power to the module and that's it! your program should be up and running on ESP8266!
For the demonstration purpose I have written a simple Arduino sketch to drive 2 LEDs using GPIO pins available on ESP8266 (ESP-01). LEDs are connected to GPIOs of the module with 220Ω resistors. See below schematic. 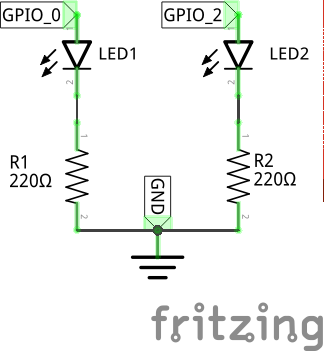 
The result would be similar to this.

And few other libraries. please find a complete updated list of supported libraries from their github project home.

Hope this may be helpful for you to start developments with ESP8266 with Arduino IDE.
References :
arduino Integrated development environment