When it comes to having a successful career in coding, the conventional wisdom is that a four-year degree in computer science is unequivocally the way to go. But Apple CEO Tim Cook thinks it’s well past time for this way of thinking to change.

Speaking to TechCrunch’s Matthew Panzarino earlier this week, Cook laid out his thoughts on the matter in refreshingly plain English:

“I don't think a four-year degree is necessary to be proficient at coding. I think that's an old, traditional view. What we found out is that if we can get coding in in the early grades and have a progression of difficulty over the tenure of somebody's high school years, by the time you graduate kids like Liam, as an example of this, they're already writing apps that could be put on the App Store."

Just who is this Liam kid he’s referring to? That would be Florida high school student Liam Rosenfeld, who was recently awarded one of 350 competitive scholarships to attend Apple’s World Wide Developers Conference next month. 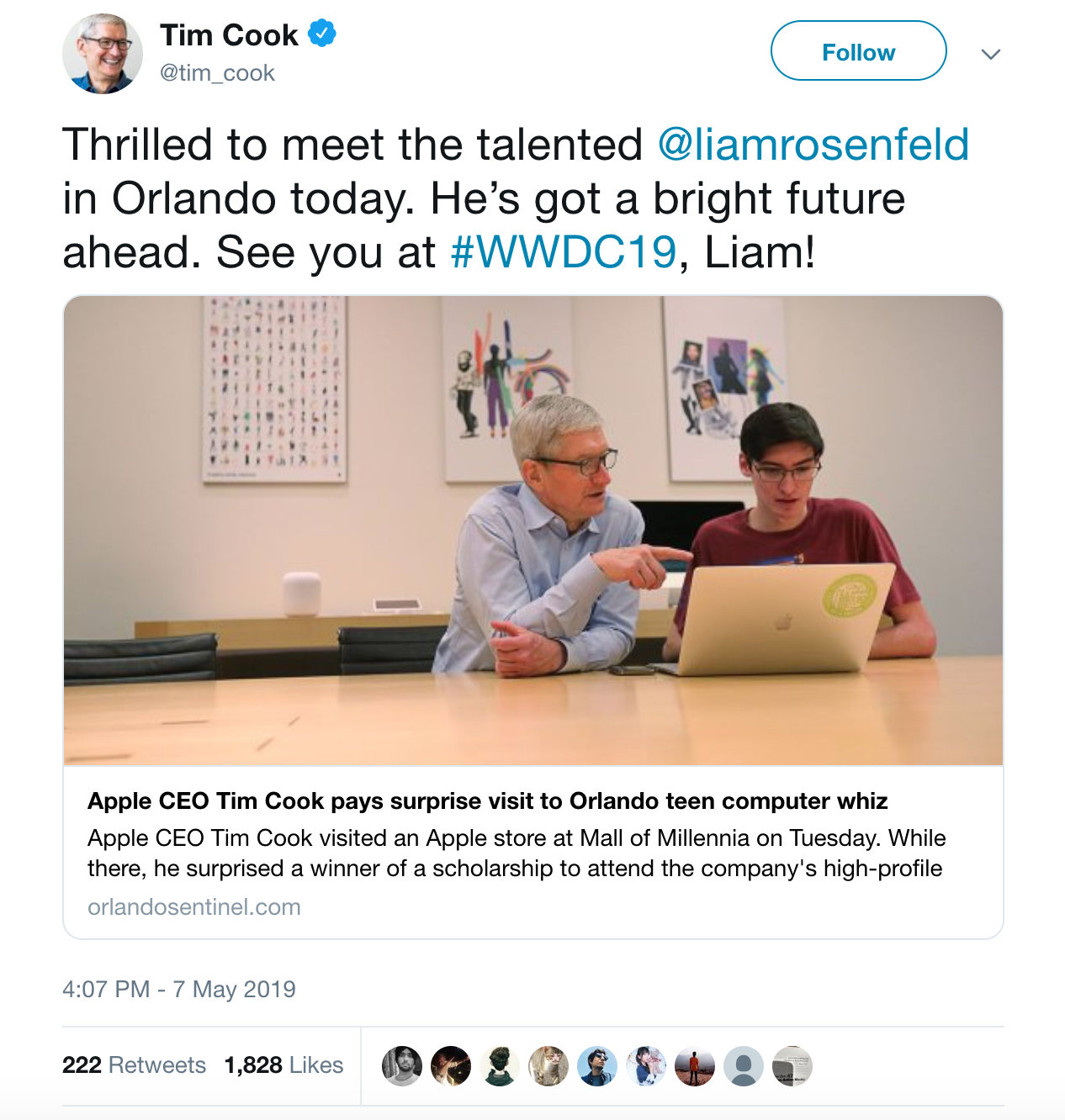 Rosenfeld not only founded his school’s first ever coding club, but he’s also already contributed one successful app to Apple’s mobile application store, with two more on the way.

“He has a quality that I think is on a short list of characteristics that drive success, and that is curiosity," Cook told Orlando Sentinel reporter Marco Santana.

And according to Mary Acken, Rosenfeld’s high school computer science teacher and coding club advisor, the fact that more schools are introducing coding courses earlier on is helping students like Rosenfeld capitalize on this characteristic.

“It’s amazing how native it is to some of these kids,” she said. “This year, in particular, I see how much more advanced and developed students are in 10th grade than even seniors."

In a world where post-secondary education is increasingly unaffordable, not to mention the fact that these degrees often don’t even guarantee the skills actually desired on the job market, perhaps this trend towards teaching ‘em young is the most effective work-around. Or perhaps this is what we should have been doing all along.

“There aren’t many things you can get into in high school and use it to move toward a career path,” Rosenfeld said. “Computer science is what is driving change.”