In Scala, traits can have an implementation, so why not have implementations in Java? Well, that was introduced in Java 8, so the next natural step in Java 9 is to have private logic in interfaces. In Part 2 of this series, we introduced the Java 9 REPL. In this part, we are going to examine the new functionality introduced to interfaces. 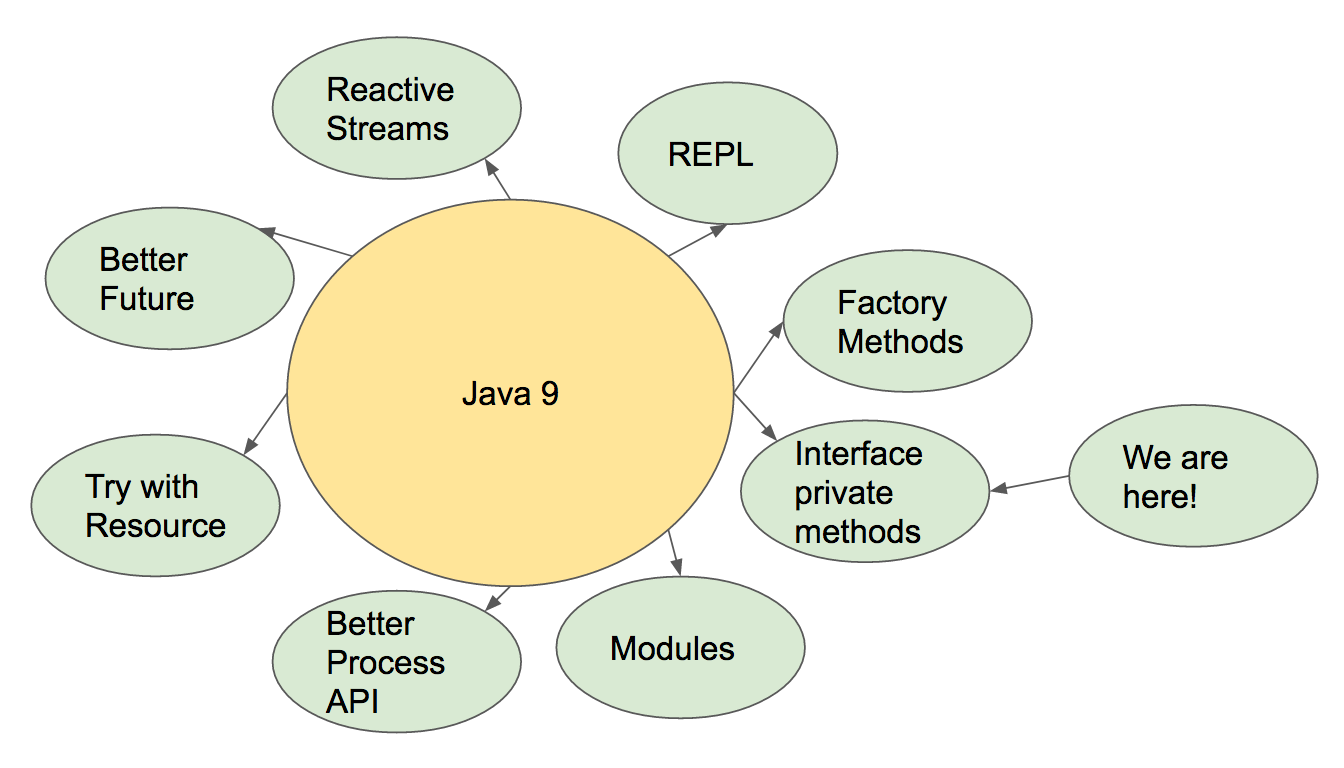 Java 9 is introducing a lot of new concepts, such as REPL, factory methods for common data structures, and more. Let’s see what Java 9 has to say about private methods in interfaces.

Although we refer to the previous tutorial, we really like to start from zero — and what zero means for us is going to the website where you can download Java 9 and installing it. We'll do that in step one, as we don't like incomplete tutorials.

Although we already covered downloading Java 9, we always want to start from the ground floor. We don’t want to force you to go to another tutorial in order to get any step, so here is how to download it into your macOS.

Go to: https://jdk9.java.net/download/ and click on the JDK relevant to your favorite and used OS.

And after downloading it, just click it to install (if you are on macOS) and verify you have it installed:

And it’s up and running.

We are going to use JShell to create an interface.

So now we have an interface called MyInterface. In the next step, we are going to implement it.

Step 3: Implement and Calling the Interface

So we are going to define three methods:

So helpDouble, the private function, is going to get reused, which is basically why we ned private methods.

As you could see, the REPL nicely replaced our definition of the interface and has doubled and doubleddDoubled our 2 by reusing the private method defined in the interface MyInterface.helpDouble.

After using REPL in the previous tutorial, we went on to investigate Java 9 by checking out its private interface methods. We started again from ground zero. We downloaded Java 9 from scratch, then ran JShell, the new REPL provided by Java 9. We then defined and ran our first interface with a default implementation, then created a class to implement that interface (but that’s so Java 8). So we went on and defined a private method with an implementation in the interface that helped the public interface implementations! Stay tuned for the next parts!