If you’ve been following Java EE related news over the past few months, you’ll know that Oracle cut back on a number of its Java Evangelist employees; others such as Reza Rahman appear to have left of their own accord; and there’s a general concern than Oracle appears to have slowed down input on any Java EE JSR. Rahman has formed a group called the Java EE Guardians to drive community activity to support future development of Java EE and EE JSRs. 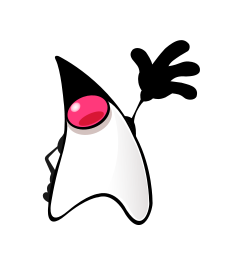 If you want more of an inside view to what’s going on, there’s some interesting reading in the form of the JCP Executive Committee meeting minutes which are public record. The minutes for June 2016 and May 2016 both had agenda items to discuss the future of Java EE. The minutes from the May meeting are very interesting, including comments such as :

“…concern that Oracle, despite its role as steward of Java, has not made any public statements or explanations for the apparent lack of activity on Java EE”

...and recording of a statement to Oracle from the JCP Executive Committee formally voicing their concern:

“EC members expressed their serious concerns about the lack of progress on Java EE. They believe that Java EE is critical to the Java ecosystem and to their organizations and customers. They fully accept Oracle’s right to direct its investment where it wishes, but expressed the hope that they and other members of the Java community be permitted to step in and help with the ongoing development of the platform, particularly in areas where Oracle wishes to reduce its investment. They therefore requested a dialog with Oracle about how to make such a transition.”

Another concern recorded in the minutes was that Oracle holds IP rights for the majority of the JSRs that are in progress, and so passing responsibility on to other parties requires Oracle’s involvement to pass on ownership of this IP… something which they may agree to, or may not.

“Martijn Verburg reported on behalf of the London Java Community that it now seems clear that little if any progress is being made on Oracle-led Java EE JSRs. (Some Oracle Spec Leads have admitted publicly that they are unable to spend any time on their JSRs, having been directed to work elsewhere.) He estimated that work on Java EE seems to have stopped around November 2015.”

So, it’s clear there is industry concern that Oracle has backed off from involvement with the development of JSRs for Java EE8. The question is, what happens now?