What a day. It all started roughly two hours ago. I don't know, if it was Mark Reinhold or Henrik Ståhl or Terrence Barr or even the Oracle press release. But no matter who was the first to push the news: Java 7 is now GA. The last build 147 was the only release candidate (RC) and it seems as if it passed all the tests in time to be shipped right in time for the date announced a long time ago. 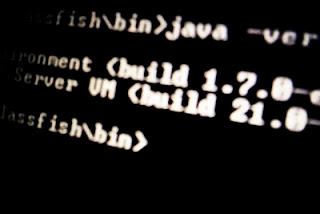 Today. Four years, seven months, and seventeen days since we welcomed Java 6 this is the first official Release a) after a f***ing long time and b) which has "Oracle Corporation" as java.vendor and java.specification.vendor property value.
If you followed the story a bit, you know that this is worth a wonderful big congratulation to everybody involved! Inside Oracle or not. This was the release I have been waiting for since some time. And I honestly have to admit that it was not mainly because of the features but because of the whole political situation. Thanks OpenJDK Team! Great!

GlassFish 3.1.1 is GA!
The next big news! I don't know, if it was clever but I guess, they were forced to do this. Next to the new Java the next GlassFish release went life, too. No big new features (beside extended platform and Java 7 support) but hundreds of bug fixes in this release and some updated versions of RIs (Weld!). Have a look at the release notes (PDF) for all details.

Now you can go and download the Java Platform, Enterprise Edition 6 SDK Update 3 (with JDK 7) 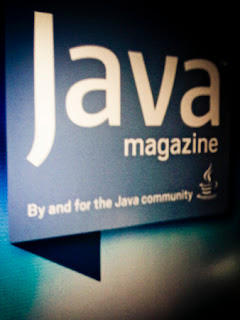 The premier issue of the new Java Magazin is out. It's the new magazine "By and for the Java community". As far as I know, this is the first community magazine available from Oracle directly. Until now, this was a domain of the user groups out there. That's a sign how valuable the Java Community is for them. Beside the typical authors you see a lot out there, Justin Kestelyn managed to get some new, big names in it and the overall look and feel is great! It's a pleasure to read and I am still a bit jealous that he did not ask me for adding my to cent to the first issue. Ok, let's see if I make one of the next ones :)
Get your copy today