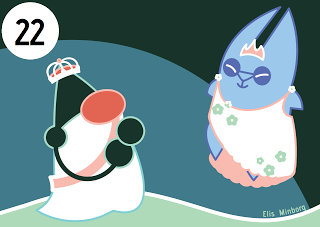 Today's tip is about using Enums as parameters to indicate method behavior. Let us here the fairy tail of Prince Sort and it will be more apparent why this can be a good thing.

Once upon a time there was a Prince with a sort method like this:

Everything was good until the Prince realized he needed to sort in either direction. And so, he went about and added a boolean like this:

Everything was good until the Prince wanted to indicate that sorting could be done in arbitrary order. And so, he went about and changed the boolean to Boolean:

Everything was good until the Prince wanted to indicate that sorting could be done in random order too. And so, he went about and changed the Boolean to an int:

Now, the most beautiful Princess appeared out of thin air and she wore a wonderful dress and she held the most prominent PhD in computer science. The Princess told the Prince "thou shalt introduce Enums in thy methods." Here is my humble gift to you:

So, he went about and changed the int to the Order Enum like this:

The Prince was delighted and promised that from now on, he would introduce Enums in step 2 and they both lived happily ever after!