I've been "busy" this weekend doing several things. But nothing more important than playing the addictive game 2048 (web javascript version) that Gabriele Cirulli created and published the source code on GitHub in his repository. After several hours few minutes playing with it on my phone, I decided to write a JavaFX version called 2048FX, so you can learn how to code a game like this and also several new features of Java SE 8 and JavaFX! 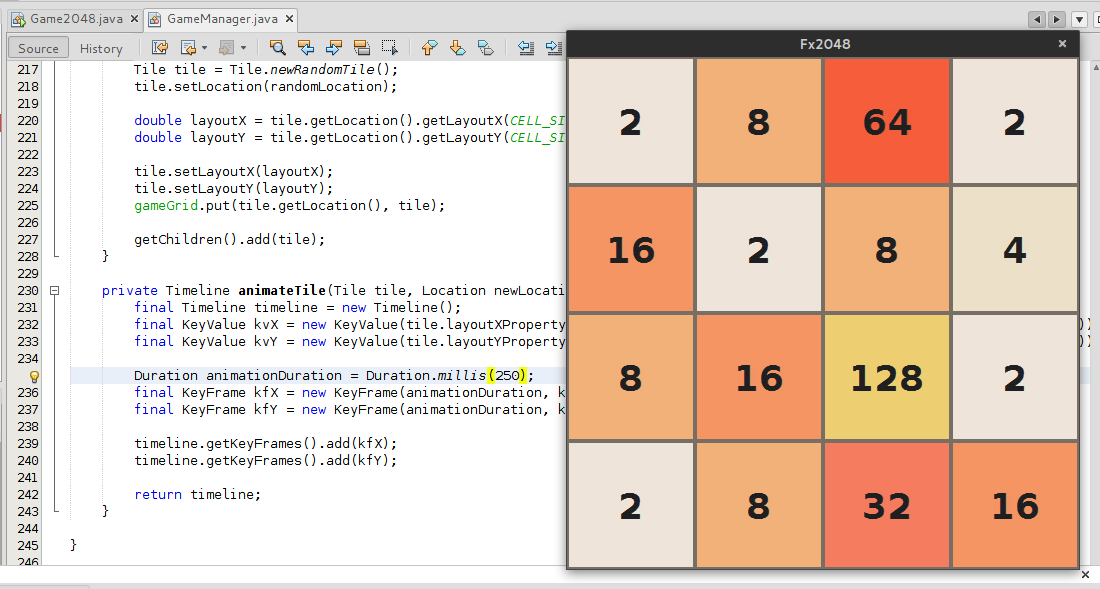 Now why a JavaFX version? Well, why not? I will give you a few reasons for you to look into the source code of 2048FX:

There you go! A simple project that will teach you all that :-) Have fun!
PS: a few bugs to solve and features to implement, but feel free to pull request!