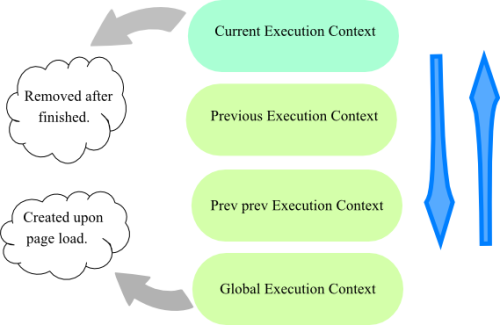 our function looks like as follows in creation stage.

at this point, hoisting occurs since we first create pointers to the functions and variables, then execute. let’s look at the example below.

function decelerations are always hoisted, any variable is initialized to undefined. in above example, “hi” is a variable and defined as undefined in variable object.
in short, we have tried to explain execution context and give an overview. for more information, you can follow the link below.
ecma-262