If you are not very comfortable with JavaScript objects, you can go through its first part JavaScript Object in Depth, Part 1: The Fundamentals. 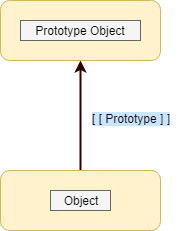 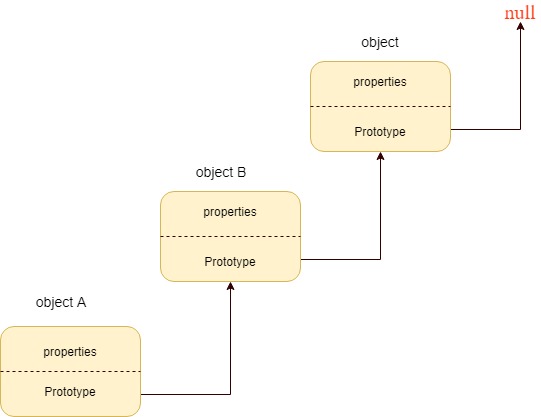 Let's write some code to inherit the property from a parent class, and try to understand how it's working. Please check the below example.

Initially, the developer object had only one attribute, i.e code, but after setting its prototype to employee it inherits the works property from the employee object.

But, still, we have to confirm whether the works attribute gets copied to the developer object or JavaScript internally refers to  the employee object for the attribute. We will use hasOwnPropery for validation.

Also, we can cross-check from by looking into the developer object:

So as we were expecting, when we try to access the property works, it internally refers to the attribute of its Prototype . But still wondering what will happen if we try to write/delete the attribute works of the developer. Let's check.

Lines 12 and 15 confirms that now developer and employee both has its own property works. So we can conclude through this example is that the prototype is only used for reading purposes. Write/delete operation work directly with the Object. Let's verify the same in the console: 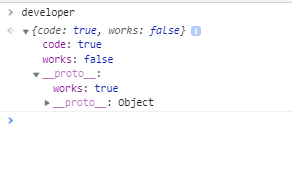 In the first part, we discussed how to clone an object using and operator and the Object.assign method. Do you think it will be fine to clone an objectt that has its prototype as another object the same way? Let me know in the comments!

Brain Teaser: Set the prototype of an object  to some primitive type and let me know your thoughts in the comments.

Note: The references can’t go in circles. JavaScript will throw an error if we try to assign __proto__ in a circle. You may find it obvious, but still: there can be only one[[Prototype]]. An object may not inherit from two others.

This was a very brief introduction to inheritance in JavaScript. In Part 3, we will try to understand the keyword this and also look into the constructor function.