JBoss EAP 7 has recently been fully Java EE 7 certified. For most developers this essentially represents serious commitment from Red Hat towards commercial support for Java EE 7. As many of us know, WildFly (the upstream community project for JBoss EAP) was one of the earliest Java EE application servers to get certified against Java EE 7. There are already numerous publicly known adoption stories for Java EE 7 on WildFly. However, a lack of Red Hat commercial support for WildFly had been a show-stopper for many - particularly very large enterprises. JBoss EAP removes this hurdle and is bound to be a further boost to Java EE 7 adoption. In my view JBoss has ranked for many years as one of the best Java EE implementations and with significant adoption. That said, one of the most valuable characteristics of Java EE is the rich implementation choices it offers (and hence the freedom from vendor lock-in). 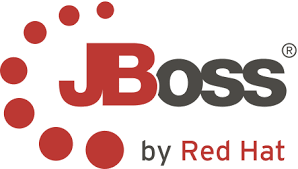 JBoss EAP 7 joins the Java EE 7 compatible ranks of GlassFish 4, WildFly, WebSphere Liberty Profile 8.5, WebLogic 12.2.1, Hitachi Cosminexus and TmaxSoft JEUS. All of the Java EE certified offerings are always listed on the official Java EE compatibility page. For some perspective, few other open standards such as SQL have as many available implementations as Java EE 7 already has (and this is bound to only just keep getting better).

Under the hood JBoss EAP 7 is the same core runtime as WildFly 10. Here is the download link for JBoss EAP 7. You can try it for free although you will need to register with the site (you don't need to do that with WildFly). Unlike WildFly there is also a GUI installer that is not too cumbersome and does make customized setup easier.

To test things out I ported over the demo code for my Java EE 7 testing talk using Arquillian to JBoss EAP 7. The porting process was very trivial and the overall experience was great. Like most modern modular Java EE application servers, startup, shutdown, deployment, and undeployment were blazing fast - in the order of seconds (in fact many of my integration tests finished in less than a second!). One of the things that I felt was a strong point for GlassFish was its mature administration features. JBoss and WildFly seem to be catching up fast with both their CLI (command line) and GUI admin console. The JBoss EAP console was genuinely impressive.

Overall I definitely recommend taking JBoss EAP 7 for a spin perhaps using my demo code (which comes with setup instructions). If you haven't tried out vanilla Java EE code in a while the demo may be an eye opener for you in terms of simplicity, power, productivity, and ease-of-use.