When I work with clients, they often have a “problem” with product ownership. The product owners want tons of features, don’t want to address technical debt, and can’t quite believe how long features will take. Oh, and the POs want to change things as soon as they see them.

I don’t see this as problems. To me, this is all about learning. The team learns about a feature as they develop it. The PO learns about the feature once the PO sees it. The team and the PO can learn about the implications of this feature as they proceed. To me, this is a significant value of what agile brings to the organization. (I’ll talk about technical debt a little later.) 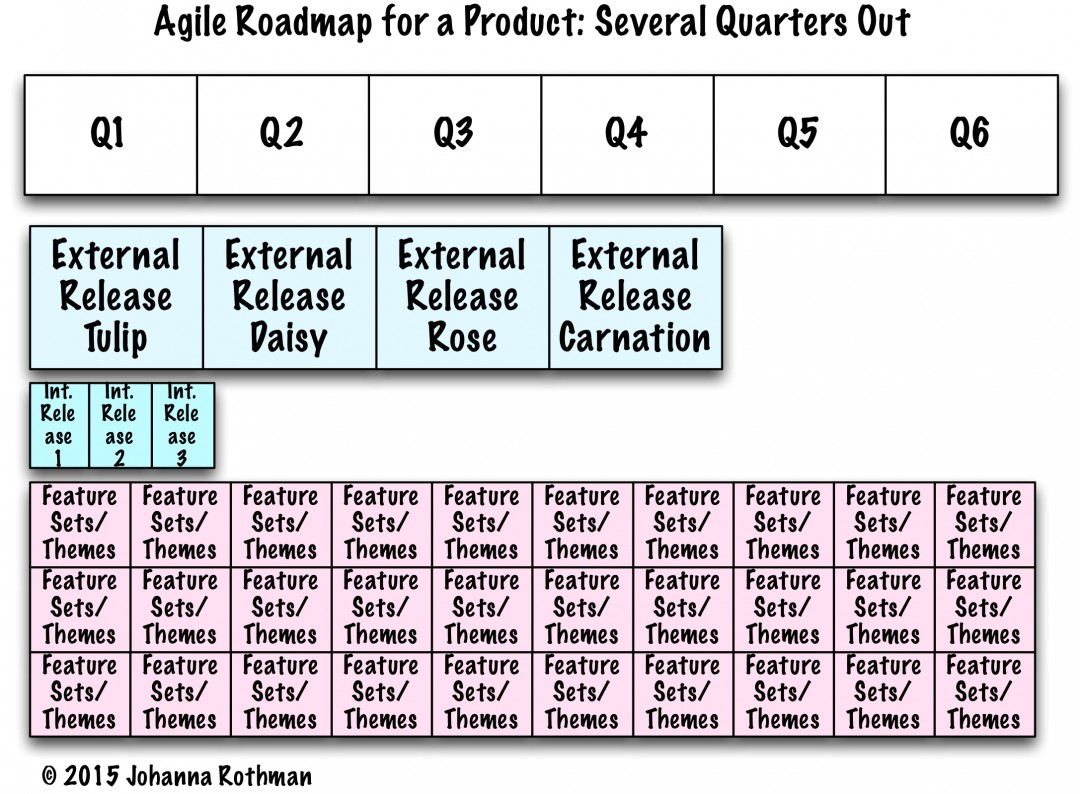 One of the problems I see is that the PO sees the big picture. Often, the Very Big Picture. The roadmap here is a 6-quarter roadmap. I see roadmaps this big more often in programs, but if you have frequent customer releases, you might have it for a project, also.

Here’s the problem with the big picture. No team can deliver according to the big picture. It’s too big. Teams need the roadmap (which I liken to a wish list) and they need a ranked backlog of small stories they can work on now. 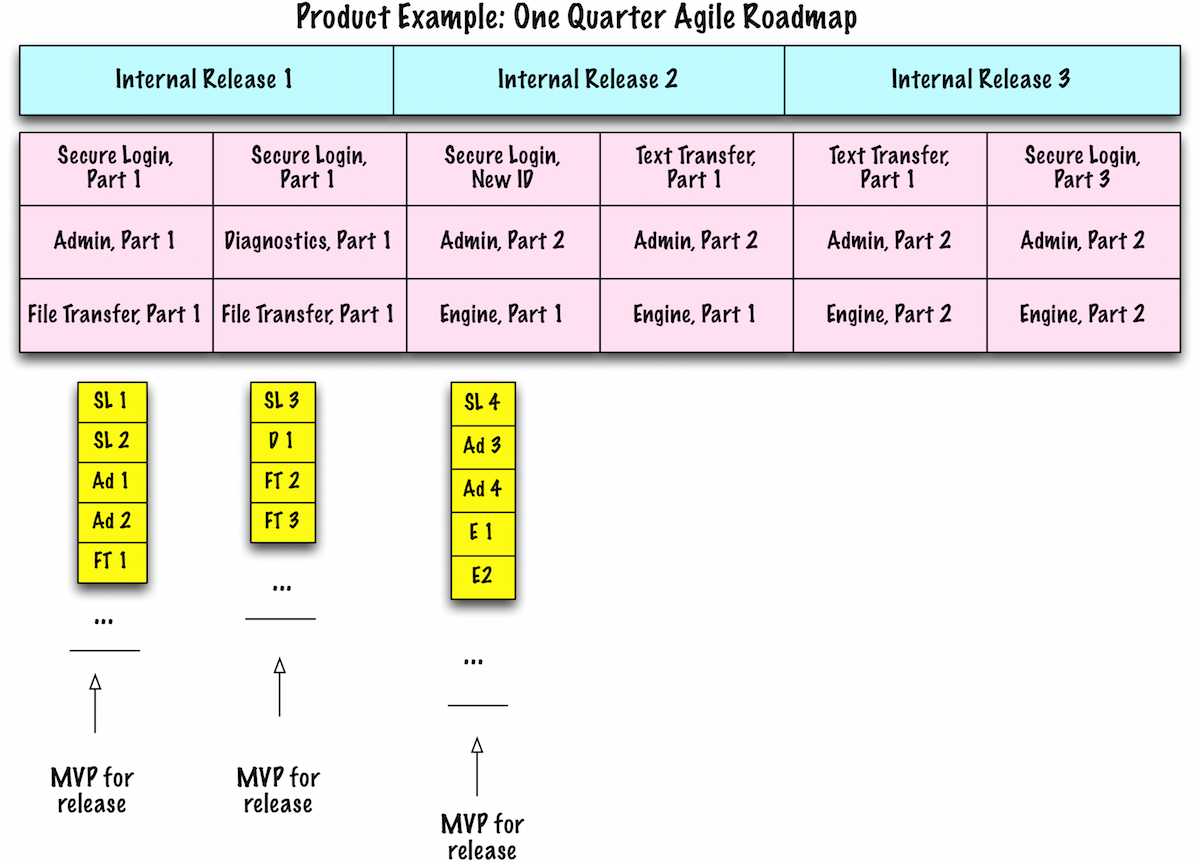 In Agile and Lean Program Management, I have this picture of what an example roadmap might look like.

This particular roadmap works in iteration-based agile. It works in flow-based agile, too. I don’t care what a team uses to deliver value. I care that a team delivers value often. This image uses the idea that a team will release internally at least once a month. I like more often if you can manage it.

The smaller the story, the easier it is for the team to deliver. Smaller stories also make it easier for the PO to adapt. Small stories allow discovery along with delivery (yes, that’s a link to Ellen Gottesdiener’s book). And, many POs have trouble writing small stories.

That’s because the PO is thinking in terms of feature sets, not features. I gave an example for secure login in How to Use Continuous Planning. It’s not wrong to think in feature sets. Feature sets help us create the big picture roadmap. And, the feature set is insufficient for the frequent planning and delivery we want in agile.

I see these problems in creating feature sets:

I’ll address these issues in the next posts.