a start-up veteran you should be following

i first learned about john greenhouse from ash conway , a serial entrepreneur and good buddy. i started following john on twitter for his sage startup advice ( connect with him on twitter ). he has been a successful and well known as a vc for years. awhile back he started to share his street-smart insights through his blog. because of my work with start-ups i became an avid reader of john greathouse’s blog (subscribe here). 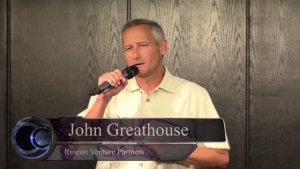 john’s no bs start-up advice struck a nerve with entrepreneurs and his readership has exploded. soon the wall street journal, forbes, and other publishing stalwarts started courting him to write for them too. which he does in between his other commitments that includes mentoring entrepreneurs, sitting on board and advising tech companies, teaching the next wave of entrepreneurs at university of california at santa barbara, and funding start-ups as a partner at rincon venture partners , a venture capital firm investing in early stage web-based businesses. needles to say, john is kind of a big deal.

and he’s a nice guy, too. it was a surprise and great honor to be interview by him, and i was genuinely touched by his kind words. here is an excerpt from our chat: 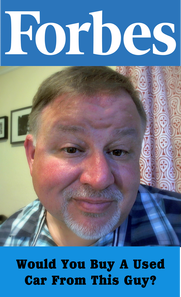 john greathouse : what was the journey that led you to become a leading social media marketer? was this an objective you explicitly pursued or did it happen organically?

steve farnsworth : my background is in direct marketing, lead generation, pr and corp com. i was using social personally, because i really loved the tools. between youtube and bookmarking sites (which) were the big thing at the time, (such as) reddit, which is still going strong.

so i was using these tools and twitter was one of those things where i tried a couple times, and i couldn’t really quite see the point of it. at the same time… about ’07… in this period, you started seeing a lot more ability to have active communities,  more robust than the old bulletin board type communities

so i got very excited to have more direct conversations with an audience (and) i started sharing… stories on twitter… and… it was something i felt passionate about. i would just share this content… and the twitter thing hit a nerve, the articles that i was sharing. so… i didn’t set out to have a big following or anything like that. i set out to pursue things i found really interesting… that i read and i really liked and (my followers) thought, “this is pretty cool.”