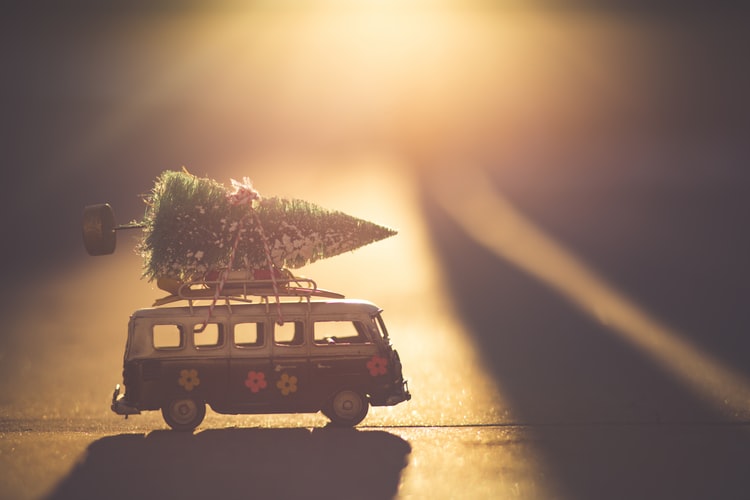 Even seasoned developers often do not know the JVM's support of two additional entry points to a Java process: the premainand the agentmain methods.

While Java beginners quickly learn typing public static void main to run their applications, even seasoned developers often do not know about the JVM's support of two additional entry points to a Java process: the premainand the agentmain methods. Both methods allow so-called Java agents to contribute to an existing Java program while residing in their own jar file even without being explicitly linked by the main application. Doing so, it is possible to develop, release, and publish Java agents entirely separate from the application that is hosting them while still running them in the same Java process.

The simplest Java agent is running prior to the actual application, for example, to execute some dynamic setup. An agent could, for instance, install a specific SecurityManageror configure system properties programmatically. A less useful agent that still serves as a good introductory demo would be the following class that simply prints a line to the console before passing control to the actual application's main method:

To use this class as a Java agent, it needs to be packed in a jar file. Other than with regular Java programs, it is not possible to load classes of a Java agent from a folder. In addition, it is required to specify a manifest entry that references the class containing the premain method:

With this setup, a Java agent can now be added on the command line by pointing to the file system location of the bundled agent and by optionally adding a single argument after an equality sign as in:

The execution of the main method in some.random.Program will now be preceded by a print out of Hello World where the second word is the provided argument.

Any compiled Java class is stored as a .class file, which is presented to a Java agent as byte array whenever the class is loaded for the first time. The agent is notified by registering one or multiple ClassFileTransformers into the instrumentation API, which is notified for any class that is loaded by a ClassLoader of the current JVM process:

In the above example, the agent remains inoperational by returning nullfrom the transformer what aborts the transformation process but only prints a message with the name of the most recently loaded class to the console. But by transforming the byte array that is provided by the buffer parameter, the agent could change the behavior of any class before it is loaded.

Transforming a compiled Java class might sound like a complex task. But fortunately, the Java Virtual Machine Specification (JVMS) details the meaning of every byte that represents a class file. To modify the behavior of a method, one would, therefore, identify the offset of the method's code and then add so-called Java byte code instructions to that method to represent the desired changed behavior. Typically, such a transformation is not applied manually but by using a bytecode processor, most famously the ASM library, which splits a class file into its components. This way, it becomes possible to look at fields, methods, and annotations in isolation what allows for applying more targeted transformations and saves some bookkeeping.

While ASM makes class file transformation safer and less complicated, it still relies on a good understanding of bytecode and its characteristics by the library's user. Other libraries however, often based on ASM, allow to express bytecode transformations on a higher level what makes such understanding circumstantial. An example for such a library is Byte Buddy, which is developed and maintained by the author of this article. Byte Buddy aims to map bytecode transformations to concepts that are already known to most Java developers in order to make agent development more approachable.

For writing Java agents, Byte Buddy offers the AgentBuilderAPI that creates and registers a ClassFileTransformerunder the covers. Instead of registering a ClassFileTransformer directly, Byte Buddy allows specifying an ElementMatcher to first identify types that are of interest. For each matched type, one or multiple transformations can then be specified. Byte Buddy then translates this instruction into a performant implementation of a transformer that can be installed into the instrumentation API. As an example, the following code recreates the previous non-operational transformer in Byte Buddy's API:

It should be mentioned that in contrast to the previous example, Byte Buddy will transform all discovered types without applying changes that are less efficient than ignoring those unwanted types altogether. Also, it will ignore classes of the Java core library by default if not specified differently. But in essence, the same effect is achieved such that, such that a simple agent using Byte Buddy can be demonstrated using the above code.

Instead of exposing class files as byte arrays, Byte Buddy attempts to weave or link regular Java code into instrumented classes. This way, developers of Java agents do not need to produce bytecode directly but can rather rely on the Java programming language and its existing tools to which they already have a relationship to.

For Java agents written using Byte Buddy, behavior is often expressed by advice classes where annotated methods describe the behavior that is added to the beginning and the end of existing methods. As an example, the following advice class serves as a template where a method's execution time is printed to the console:

In the above advice class, the enter method simply records the current timestamp and returns it for making it available at the end of the method. As indicated, enter advice is executed before the actual method body. At the method's end, the exit advice is applied where the recorded value is subtracted from the current timestamp to determine the method's execution time. This execution time is then printed to the console.

To make use of the advice, it needs to be applied within the transformer that remained inoperational in the previous example. To avoid printing the runtime for any method, we condition the advice's application to a custom, runtime-retained annotation MeasureTime that application developers can add to their classes.

Given the application of the above agent, all method execution times are now printed to the console if a class is annotated by MeasureTime. In reality, it would of course make more sense to collect such metrics in a more structured manner but after already having achieved a print-out, this is no longer a complex task to accomplish.

Until Java 8, this was possible thanks to utilities stored in a JDK's tools.jar, which can be found in the JDK's installation folder. Since Java 9, this jar was dissolved into the jdk.attach module, which is now available on any regular JDK distribution. Using the contained tooling API, it is possible to attach a jar file to a JVM with a given process id using the following code:

When the above API is invoked, the JVM will locate the process with the given id and execute the agents agentmain method in a dedicated thread within that remote virtual machine. Additionally, such agents might request the right to retransform classes in their manifest to change the code of classes that were already loaded:

Given these manifest entries, the agent can now request that any loaded class is considered for retransformation such that the previous ClassFileTransformer can be registered with an additional boolean argument, indicating a requirement to be notified upon a retransformation attempt:

To indicate that a class already was loaded, the instance of the loaded class is now presented to the transformer which would be null for a class that has not been loaded prior. At the end of the above example, the instrumentation API is requested to fetch all loaded classes to submit any such class for retransformation what triggers the execution of the transformer. As before, the class file transformer is implemented to be non-operational for the purpose of demonstrating the working of the instrumentation API.

As a final convenience, Byte Buddy also offers an API for attaching to a JVM that abstracts over JVM versions and vendors to make the attachment process as simple as possible. Given a process id, Byte Buddy can attach an agent to a JVM by executing a single line of code:

Furthermore, it is even possible to attach to the very same virtual machine process that is currently running what is especially convenient when testing agents:

This functionality is available as its own artifact byte-buddy-agent and should make it trivial to try out a custom agent for yourself as owing an instance of Instrumentationmakes it possible to simply invoke a premain or agentmain method directly, for example from a unit test, and without any additional setup.

How to Write a Java Agent