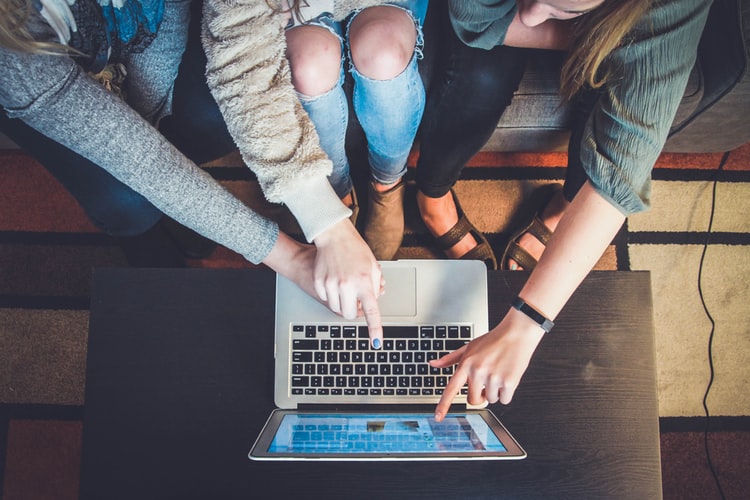 Technology reflects the people who make it. Today, women make up 52 percent of the world population; however, most technology is designed by men. Women hold only approximately twenty percent of technology jobs and earn on average 28 percent less than what men make. Yet, it is proven that teams with both men and women are more profitable, smarter, faster, and more innovative — their collective IQ rises. As technology becomes more pervasive and we move to a more digital society, the impact grows beyond just those in the technology world.

In my role, as Director and Chairperson of the Java Community Process (JCP) Program, I also serve as an international speaker engaging the 12 million+ Java developer community worldwide — and in this space, as in the stats above, it is also primarily men. I love my job, and I love working with all kinds of people, but increasingly, community members ask me what we can do to change the ratio.

You may also like: Confessions of a Woman in IT: The Highs, Lows, and Everything Inbetween

There is a pervasive belief that tech is a meritocracy. My experience as a woman working in technology had shown me that just doing your job will not get you anywhere. To survive, you must be exceptional — every single day. To thrive, you need to also manage perceptions, build your network, increase your visibility, and expand your influence. In order to do that, you need sponsors, mentors, and allies. I am fortunate to have many men ally with me, and I work to seek them out, consciously, on an ongoing basis. Confidence also is key — being a woman in all-male meetings and at conferences with primarily male attendees, is not always easy, but it is imperative that we take our place at the (virtual or real) 'table'... and be heard.

In addition, diversity in technology means going beyond gender and the inclusion of women, to include non-binary people and people of different ethnicities, orientations, ages, and abilities. Creating an inclusive environment, one that includes all people, helps us to attract and keep diverse teams; and, to realize the very real benefits of diverse teams. In this post, I will focus on how we, as a community of humans, can be part of a change.

While it is vital to also think about the pipeline bringing more diverse, young women and girls into computing, and I lead specific efforts around that topic, I give a talk titled 'Top Ten Ways to Ally' that focuses on specific actions that all people can take to make a difference at conferences, in the workplace, in meetings, online forums, social media, and other events.

I have given this talk many times all over the world — I developed this talk especially for the men I work within the Java developer community — in North America, South America, Africa, Asia, Australia, Europe, and the Middle East. In all of these places, there are differences in the experience of the people, but there is also so much that is the same. The fact that so many attendees participated in the conversation all around the world is awesome. Even if you don't get the credit you think you deserve when you take these actions, we need to keep up the ally work and not be discouraged by mistakes. We are human and we will make mistakes. We can be a part of the change we wish to see by focusing on what brings us together — what we have in common as humans versus what divides us.

I believe that the power of community can bring us to our goal of parity in technology — starting now. So without further ado, here are my top ten ways to ally. Slides are on my slideshare account.

I encourage you to take at least one of these (seemingly) small/micro-actions now and continue to do so on a daily basis. I believe it's the little things that work together to make a big difference and impact, and I look forward to evolving these tips and actions based on feedback and delivering this talk many more times in 2020.

Confessions of a Woman in IT: The Highs, Lows, and Everything Inbetween

Women in Tech: The Power of Support, Resilience, and Celebrating Our Successes

Published at DZone with permission of Heather Vancura . See the original article here.