Apache Kafka is a distributed streaming platform and has architectural components include Producers, Topics, Consumers.

Consumers - Reads/Process streams of records as they occur in the topic.

Legacy organizational working model, exchange/transfer of data between a source and target system through point to point communication. 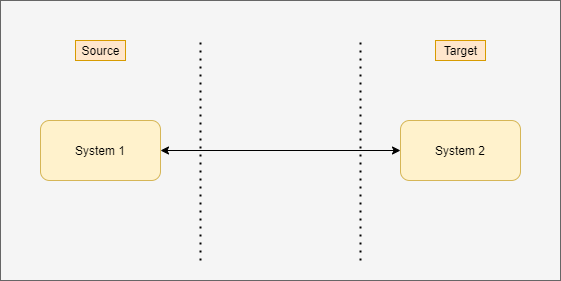 After years and several Integration/Interface implementations to run business/entities, the organization may have many sources and target systems, they all have to exchange data with one another and things become really complicated.

The problem with the point to point architecture, consider we have x1 source systems and x2 target systems, in this scenario we need to have x1*x2 integrations and each integration comes with difficulties/Rules as mentioned below:

Kafka allows us to decouple data/messages/streams between source and target systems.

Producer/Source systems will have their data put into apache Kafka and corresponding Consumer/target systems get data straight from Kafka, hence enabling decoupling by Kafka.

Additionally, once data is in Kafka any system can access/consume data, such as databases, analytics systems, email systems, or audits.

Kafka is the best choice.

Kafka is distributed resilient, and fault-tolerant architecture. Importantly it scales horizontally and is extremely high performant.

Latency to exchange data from one system to another is usually less than seconds, it helps in the processing of near Real-time transactions.

How To Use Kafka?

To use this Kafka, we need to first set up our Kafka environment. Refer to any of the below points for demonstration.

A Wide Array of Use Cases

This makes it much easier to implement asynchronous processes in enterprise applications.