this article covers some lower level details of kafka topic architecture. it is a continuation of the  kafka architecture  article.

this article covers kafka topic’s architecture with a discussion of how partitions are used for fail-over and parallel processing.

recall that a kafka topic is a named stream of records. kafka stores topics in logs. a topic log is broken up into partitions. kafka spreads log’s partitions across multiple servers or disks. think of a topic as a category, stream name or feed.

topics are inherently published and subscribe style messaging. a topic can have zero or many subscribers called consumer groups. topics are broken up into partitions for speed, scalability, and size.

kafka breaks topic logs up into partitions. a record is stored on a partition usually by record key if the key is present and round-robin if the key is missing (default behavior). the record key, by default, determines which partition a producer sends the record.

the order guaranteed per partition. if partitioning by key then all records for the key will be on the same partition which is useful if you ever have to replay the log. kafka can replicate partitions to multiple brokers for failover. 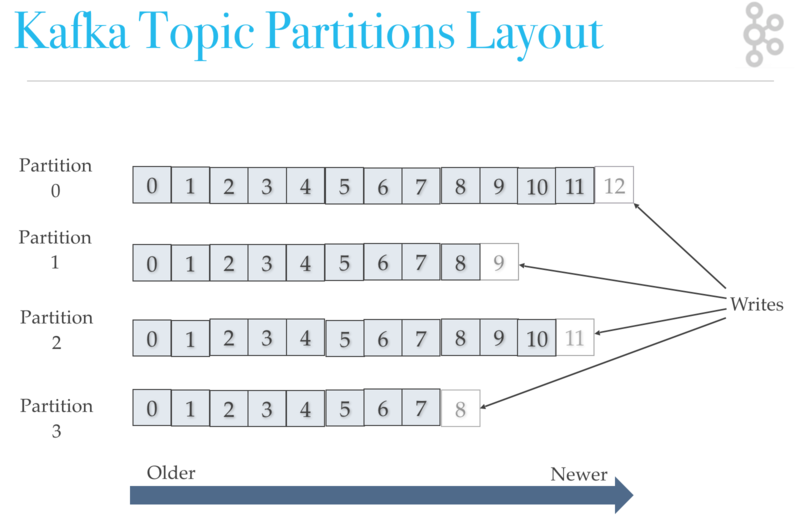 kafka can replicate partitions across a configurable number of kafka servers which is used for fault tolerance. each partition has a leader server and zero or more follower servers. leaders handle all read and write requests for a partition.
followers replicate leaders and take over if the leader dies. kafka uses also uses partitions for parallel consumer handling within a group. kafka distributes topic log partitions over servers in the kafka cluster. each server handles its share of data and requests by sharing partition leadership. 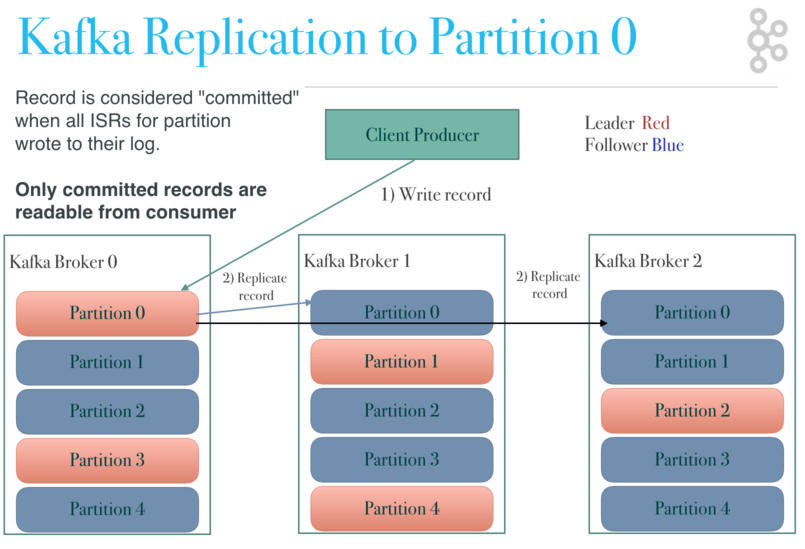 the record is considered “committed” when all isrs for partition wrote to their log. only committed records are readable from consumer. another partition can be owned by another leader on another kafka broker. 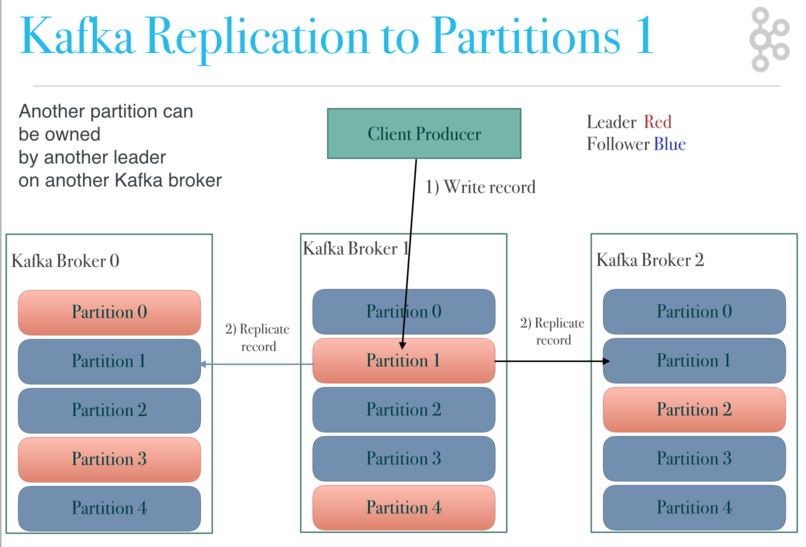 what is an isr?

an isr is an in-sync replica. if a leader fails, an isr is picked to be a new leader.

how does kafka scale consumers?

what are leaders? followers?

how does kafka perform failover for consumers?

if a consumer in a consumer group dies, the partitions assigned to that consumer is divided up amongst the remaining consumers in that group.

how does kafka perform failover for brokers?

if a broker dies, then kafka divides up leadership of its topic partitions to the remaining brokers in the cluster.

please continue reading about kafka architecture. the next article covers  kafka producer architecture  with a discussion of how partitions are picked for records.