Software test automation usually needs technical skills and some knowledge about the application under test (AUT) for its successful application. Knowledge about an AUT’s related technologies is not a must but is recommended. For example, having knowledge of HTML and JavaScript would be a great help if you are testing on the web.

Katalon Studio’s users could be testers with limited technical knowledge. Katalon Studio hides all technical complexities behind the scenes and provides a friendly UI with the manual mode (users can drag-drop, select keywords, and test objects to form test steps), but still keeps the necessary tools for more technically inclined users who are able to dig deeper into coding with the scripting mode that fully supports development conveniences like syntax highlighting, code suggestion, and debugging.

Selenium and Appium mainly have automated testing libraries which are more suitable for testers who possess good programming skills. They will typically need to use an IDE like Eclipse or Visual Studio, to import Selenium and Appium libraries (and certainly their dependencies) into a development project and to install necessary unit testing frameworks like JUnit, NUnit and TestNG before starting to write a test case.

Let’s imagine an analogy in the automotive industry where many cars share the same engine while manufacturers design their cars’ interior and exterior differently, depending on their cars’ models.

Similarly, Katalon Studio is basically an all-in-one solution. But if you still prefer (and have the necessary skills) to build everything from scratch on your own, you can pick up an engine like Selenium, Appium, etc. to build another automated testing solution like Katalon Studio. Besides Katalon Studio, there are a few test frameworks built on top of Selenium and Appium such as Robot Framework (http://robotframework.org).

2. Deployment and Getting Started

Most open source projects are hard to setup and deploy because many different developers and providers who submit their work into a central place, i.e. GitHub, contribute to them. You may have to build everything using the submitted source code. But even if frameworks are packaged into a ready-to-use package like Selenium and Appium, you still have to go through technical guidelines for their API and integrate them with an IDE and a preferred programming language. Below are high-level steps required by Selenium, Appium, and Katalon Studio to setup and run. 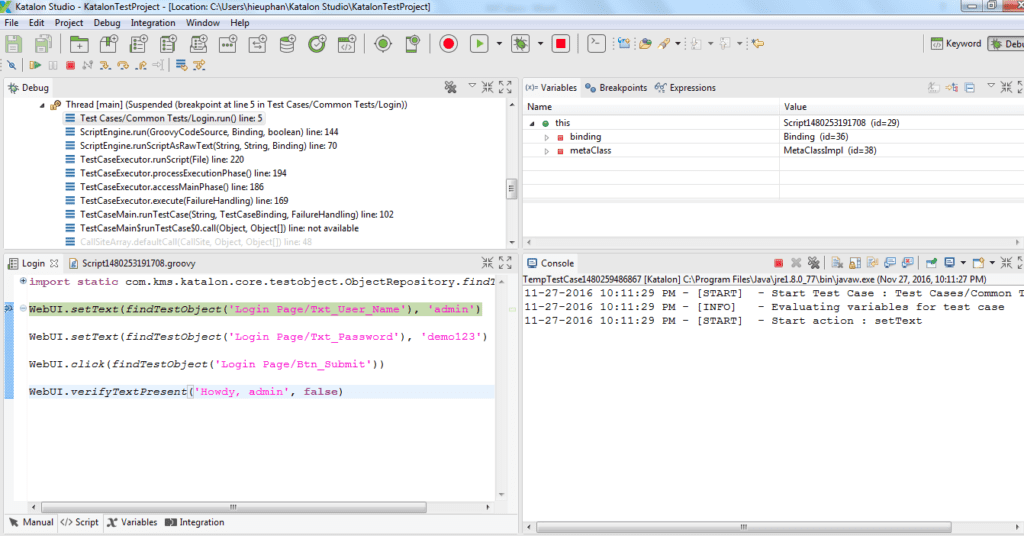 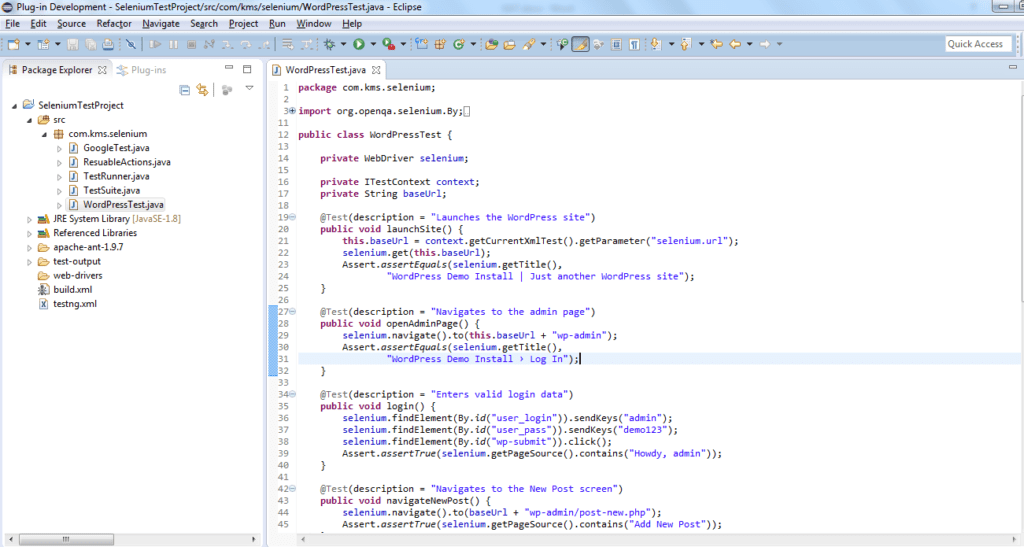 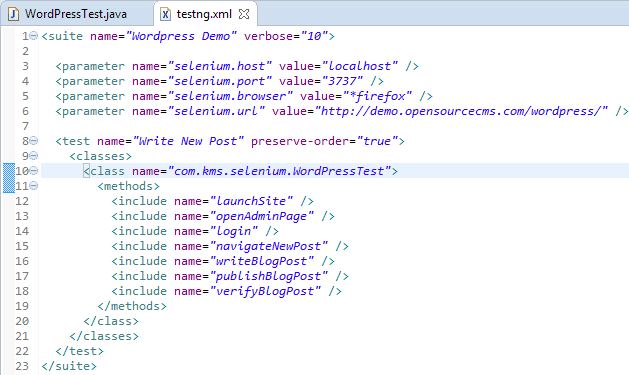 Katalon Studio uses Groovy, a language built on top of Java, and has to load many libraries for parsing test data, test objects, and logging. So, it may be a bit slower as compared to Java for long test cases with hundreds of steps.

Object spy is the most important and time-consuming activity in test automation. Katalon Studio supports object spy for the web (by using browser plugins for IE, Firefox, Chrome) and for mobile apps (by using the screenshot simulator). Katalon Studio also supports high-lighting captured objects in AUT:

Selenium does not provide this feature, and testers have to manually do object spy by using some browser add-ons, such as Firebug for Firefox.

Appium provides a companion mobile object spy tool which is useful, but it has no highlighting feature.

Test recording is the best way to help users learn and quickly adopt to test automation. It helps an automation tester to do two primary jobs: capturing objects (during recording) and generating test steps with appropriate actions or keywords, saving at least 50-60% of the time needed to compose test cases. 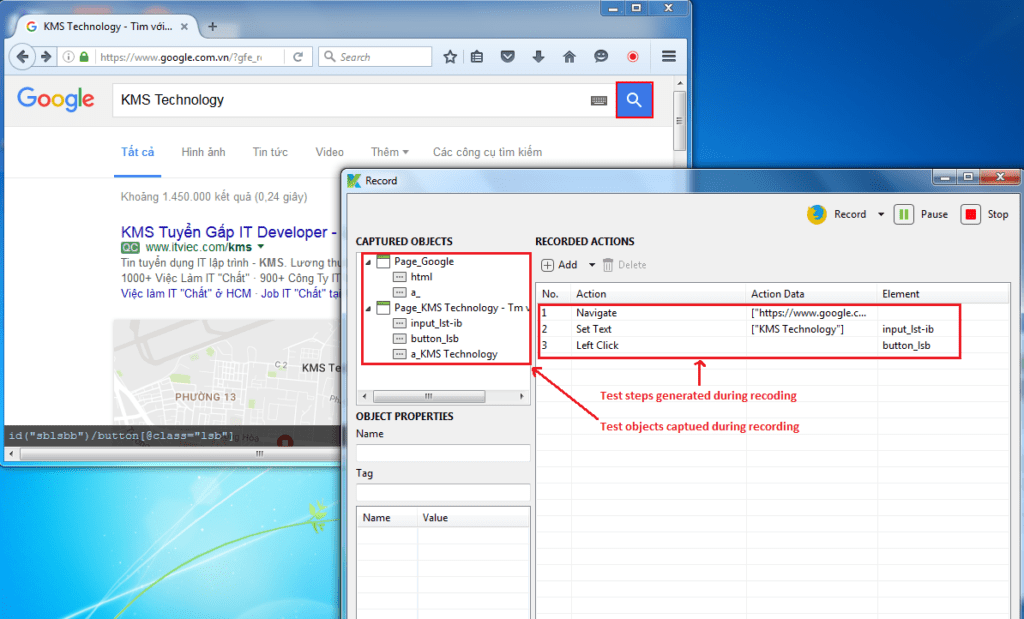 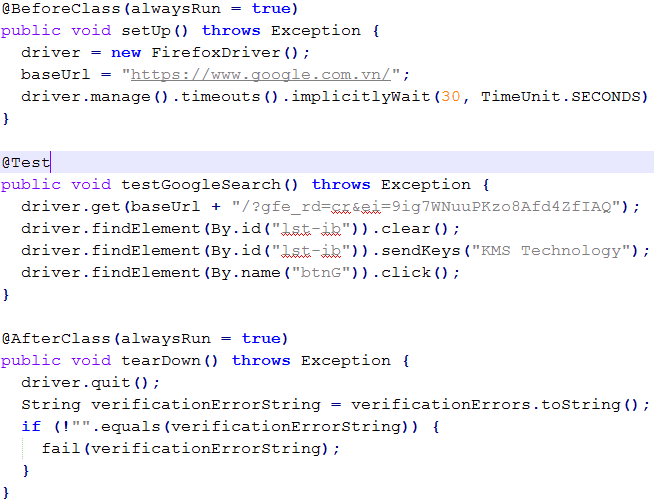 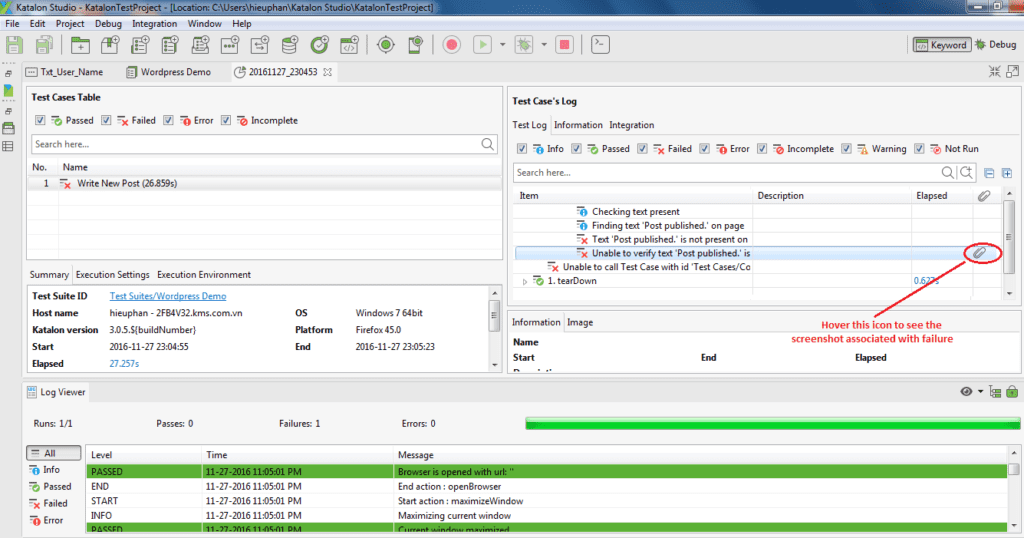 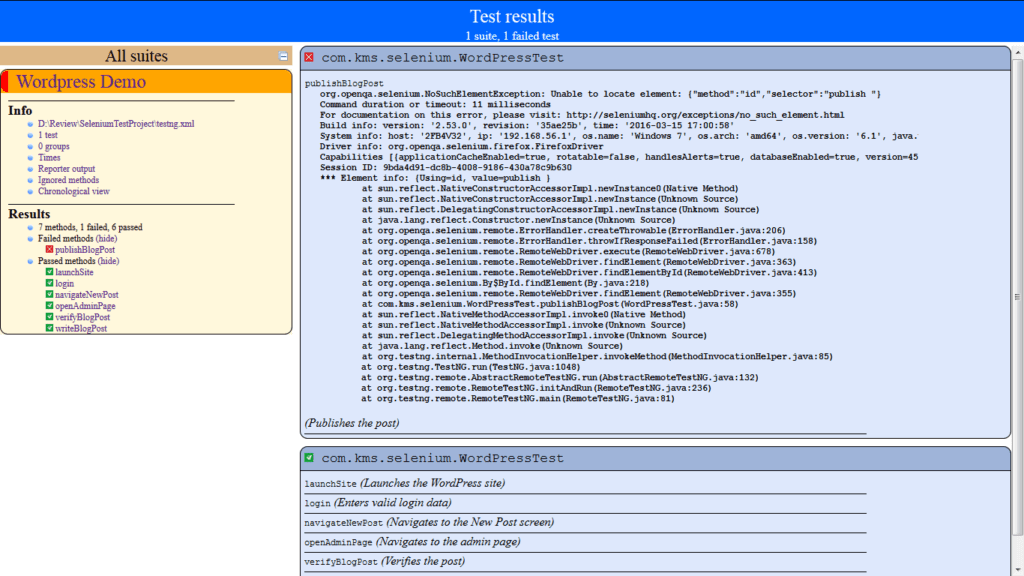 TestNG Report with programming stack-trace, no screenshot of failure.

Robot FrameWork: The Ultimate Guide to Running Your Tests