parallels between familiar architectural conventions and the practice of user experience.

a few weeks ago i was offering an “ expert ” opinion as a classically trained architect and a user experience newbie. i stated that in the field of ux one is less likely to affect people’s health and well-being compared to architecture. ux tends to focus on digital rather than physical experiences.

big difference in scale. try comparing an interface to a urban landscape.

and, in principle, ux allows for more research and testing before a product is actually released. thorough research and testing on a per-project basis isn’t a well-established practice in architecture, despite a long history of guidelines, tradition and occasional innovation. adding more research to the process of putting roofs over our heads, as important as it is, increases time and cost exponentially. as a result, almost everyone pretends that particular elephant is not in the room.

like this guy here, rafael vinoly. he has an unlucky hot spot for architecture.

vinoly was the architect of a hotel in las vegas, nicknamed “death ray,” whose reflective facade melts plastic cups, causes severe sunburns and singes the hair of people having a relaxing day at the pool via a constantly moving, 15 square foot area of highly-focused sunlight. it’s a spa hotel—awesome right? 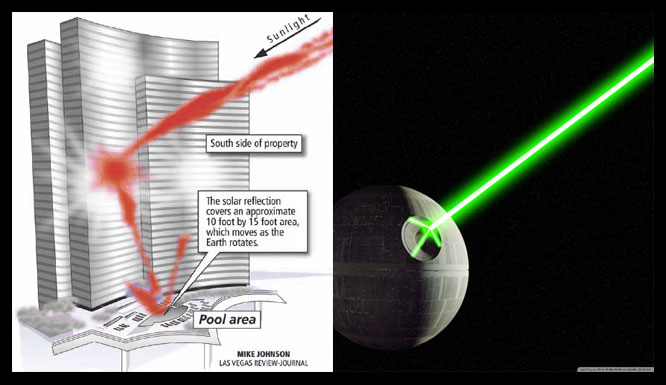 a few years later, vinoly designed a skyscraper in london’s financial district, nicknamed “walkie-talkie death ray” (not that cool the second time, i know) . this building’s facade melts cars and allows adventurous people to fry eggs on the spot…just because they can!

jaguar on the melt & sustainable architecture on high cholesterol diet.

there are more examples, but you get the idea. unlike apps, you cannot withdraw those from googleplay or itunes. and having your phone crashing once in a while is hardly comparable to a melted jaguar or scorched hair after a day at the pool. sure, you can apply some beta enhancements but the damage is done.

as it usually happens, my foolishness got what it deserved. just three days later, i was proven wrong as i stumbled upon an article describing an unfortunate incident in which a piece of medical software was a direct contributor to the death of a young cancer patient. in this case, three medical specialists, with over 10 years of experience each, did not notice the red alert text in the top right corner of the screen displaying the patient’s information. they were so distracted by the poorly designed software that each of them, independently, missed it.

it’s not a happy ending story. it’s not a fun one. it’s definitely not one those socially acceptable conversational topics for your next party. it makes you feel kind of uncomfortable and brings home the fact that what we do as ux professionals can have an enormous impact.

if this cloud can be said to have a silver lining, it would be that while we have a lot to learn, we are on the right path toward discovering and establishing guidelines that support the conscientious and careful building of “safe” user experiences.

after all, digital products engage as much of our time as the architecture with which we are physically surrounded. 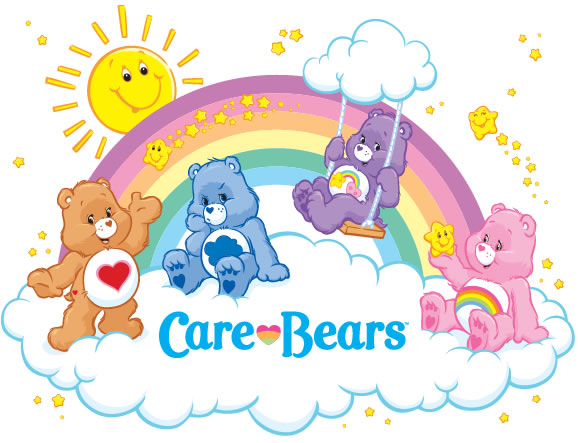 dips on the swing! now go out there and be a good care bear!

Published at DZone with permission of Stanka Bozalieva. See the original article here.