klaros-testmanagement, the ajax-based web application for organizing and managing the quality assurance process in software development projects is now available in version 3.5.

this version introduces a powerful keyword search as well as comprehensive management of changes. as part of this, database objects now have a change history and conflicting concurrent edits can be automatically resolved.

memory usage has been more than halved and queries to the database have been intensively tuned, making the system responsive even with large amounts of data.

further improvements include ad hoc execution of failed tests, creating test suites from test results, creation of issues at any point during test execution and a revised layout.


in addition to this, the developers have fixed almost 30 issues and made more than 20 improvements. these can be seen in the release notes at http://www.klaros-testmanagement.com/forum/-/message_boards/message/89604

the free community edition can be downloaded from http://www.klaros-testmanagement.com/download

a 30 day trial version of the extended enterprise edition can be requested at http://www.klaros-testmanagement.com/trial 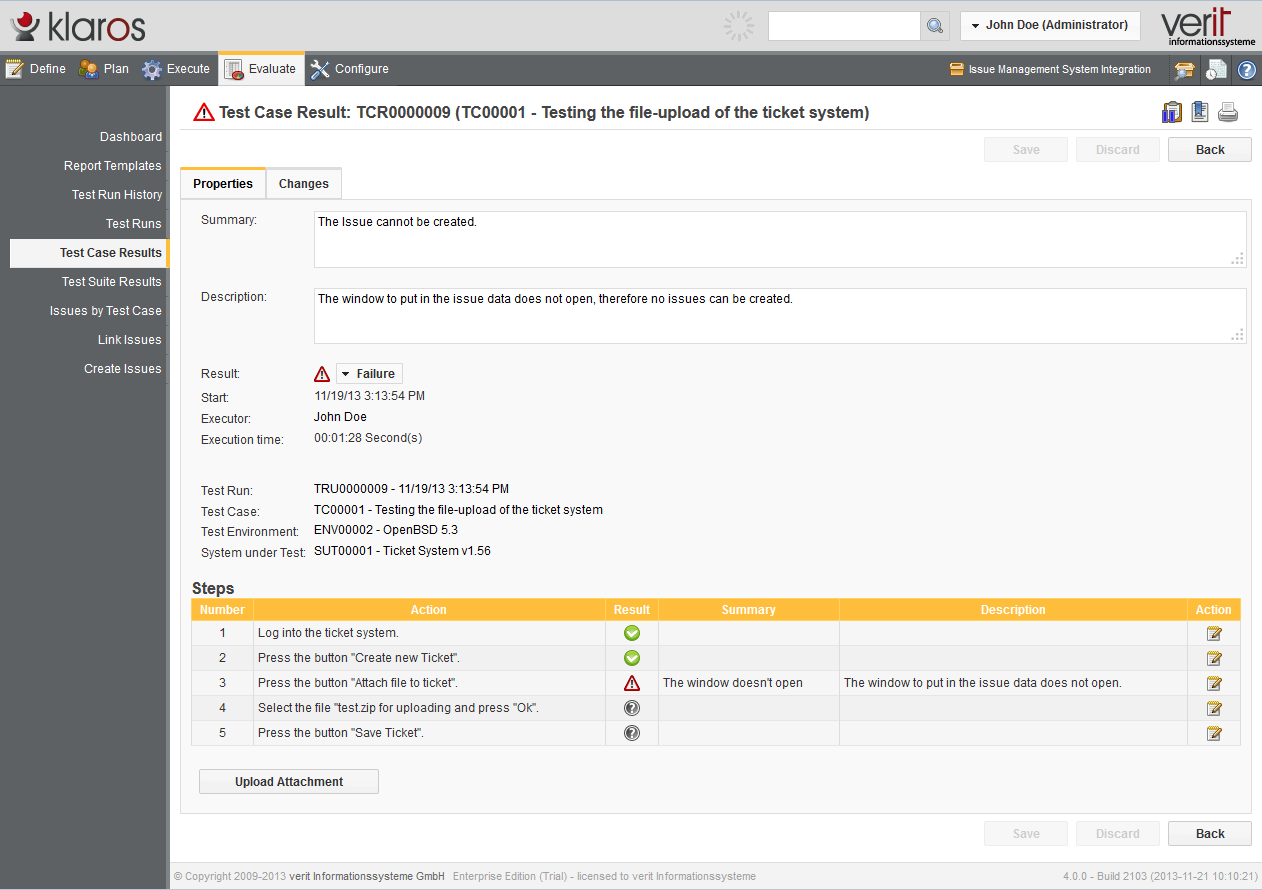