Every time I see a report from a company or analyst I think, "Great. Another company trying to sell me something." Is it a security company pitching the risks of global cyberterrorism? Is it a small developer tool startup trying to break into the spotlight for a brief moment?

While data can be quite useful, I often approach the reports from a skeptical point of view. To be honest, I've been on both sides of those reports, both as someone trying to understand an industry, a technology, or the trends around me AND as a creator of reports, especially back when I was the CEO of a small developer tools company trying to break into the spotlight.    :)

For the Kubernetes and Cloud Native Operations report, I wanted to do something different. I wanted it to be informative, fun, and full of insight from people who have seen the insides of deployments, infrastructure, applications, and scale; and I didn't want it to be biased or self-serving. I worked with Alex Chalkias to gather together a smart group of people and asked them to analyze the data. This sometimes led to conflicting points of view - and that's good.

We collected data from ~1200 respondents as follows (respondents consist of a large cross-section of the developer and operations communities from the Ubuntu audience to KubeCon attendees):

And Here’s What We Found: 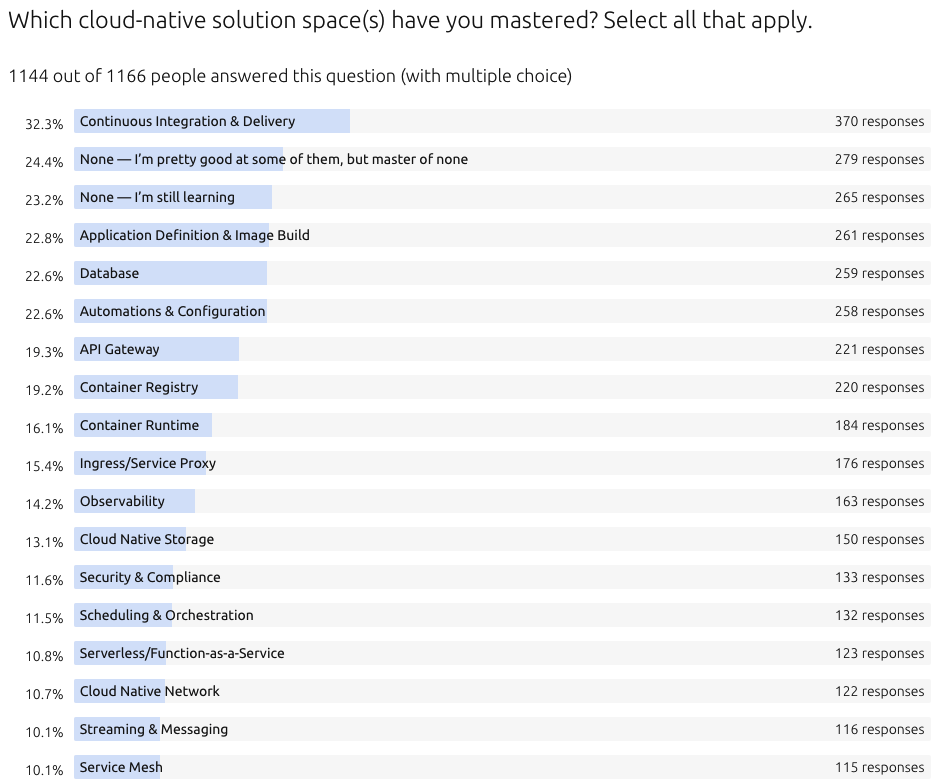 It doesn't make sense to reproduce the full report here, but I hope that a look behind the scenes of how the report was created will be helpful for those who are interested in such things. If I had one takeaway for developers & operations folks, it would be that you should take every chance you can to update your skills - based on the amount of money being dumped into the cloud native industry by VCs, it's going to be well worth the time you invest in yourself.