I don't want to say that the entire article is bunk. It's not. It raises a few good points. Points which I thought were pretty well-known. 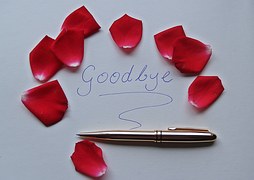 What's aggravating is that this lamentation is overly broad. It treats all languages as if they're Java or C++. That's not true, and as a consequence, the article is less useful than it could be.

Banana Monkey Jungle Problem. Only true if you are sadly mistaken about the unit of reuse. The class as unit of reuse — across projects — is false, has been false, and will always be false. The idea of class inheritance for reuse makes perfect sense. Sharing individual classes between projects has never (as far as I know) been a promise of OO programming. Maybe I read the wrong books and missed that promise.

The Hierarchy Problem. I guess the idea that the real world is multi-dimensional can be confusing. If everything has to be force-fit into single inheritance, this would create the hierarchy problem. If we allow multiple inheritance, this problem evaporates.

The Reference Problem. Even C++ has "smart" pointer packages. Java has garbage collection. Python does reference counting. This is only a problem if you go out of your way to deal with pointers in a primitive way.

The part on Polymorphism didn't make any sense. There didn't seem to be a tidy problem. Just a confusingly vague statement that "Interfaces will give you [polymorphism?]. And without all of the baggage of OO". I don't get how interfaces are necessary without the baggage of OO. So, I can't really try to refute this.

In the long run, I guess this was a way to introduce some of the benefits of a functional approach. I'm not sure that this kind of criticism of object-oriented programming is very helpful. It doesn't apply to all OO languages, so it's misleading at best. (At worst, it's simply wrong.)