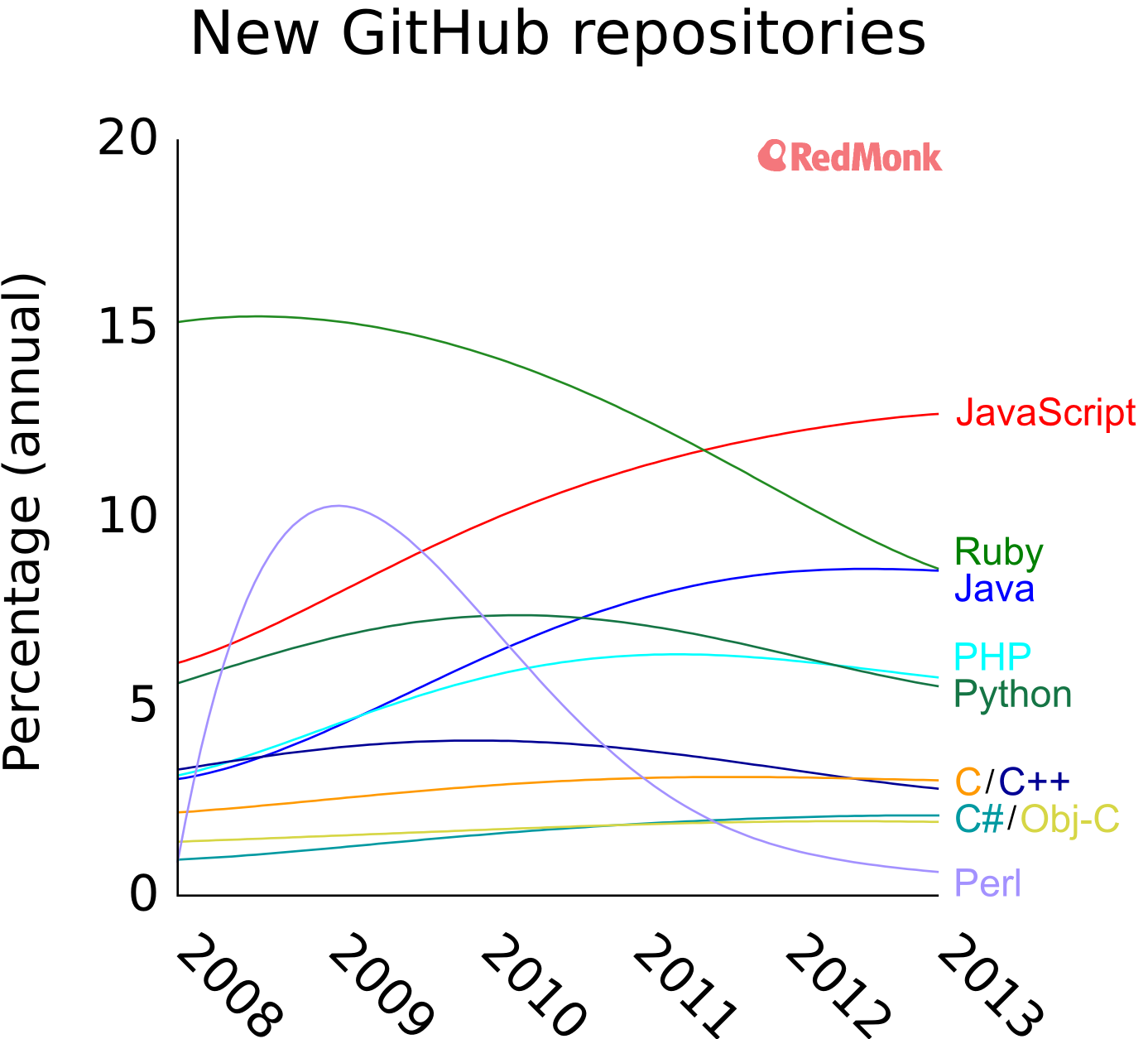 RedMonk just published their latest survey of Github’s most popular languages, and given Github’s continuous growth in popularity, they are worth a look.

Here are the results at a glance:

I’m going to go out on a limb and predict that Python is being replaced by Go. I don’t have a lot of information to back up this prediction except that most of the positive articles I read about Go are written by Python developers, and a lot of them say that they are now actively migrating their code base from Python to Go. I don’t see as much enthusiasm for Go from developers using statically typed languages, probably because of Go’s antiquated type system (which is still a big step up from Python, obviously).

It’s interesting to see Java continue to grow twenty years after its introduction. I think this constant growth is fueled by the language’s remarkable versatility and its ability to adapt to new technologies but also driven by a series of constant popularity boosts such as Android five years ago and Java 8 this year.

I’m surprised not to see Groovy in this top 12 of languages, since it’s usually acknowledged as the second most popular language on the JVM and I expected its popularity grow thanks to Gradle, but this doesn’t seem to be enough to crack the top 12 on Red Monk.