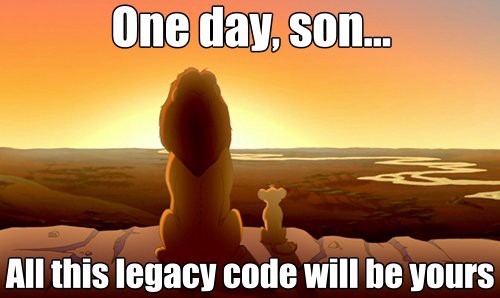 How to Deal With Legacy Code

Legacy Is Our Legacy