Weeks ago, the company I'm working at announced that the management decided to upgrade our Spring library we are using from Spring 1.x to Spring 3.0.6. And the task for me was upgrading the Quartz framework from version 1.3.x to 2.1.

The project's actually only been using a narrow set  features available in Quartz so I guessed there would be no big refactoring needed. But unfortunately I was shocked with how big the changes were in Quartz. Looking at the Quartz source code made me realize that our Quartz was wayyyy older than the current 2.1 version. It's been more than 6 years and I was still at university at that time.

It's also interesting that name and group information for Job and Trigger are wrapped inside JobKey and TriggerKey instead of passing Strings. 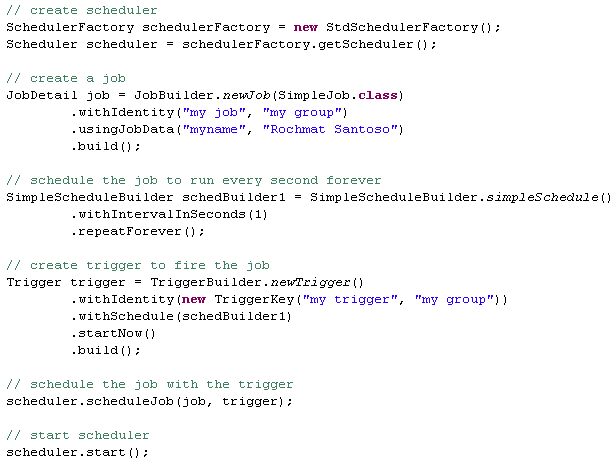