The year 2015 was a pretty amazing year for me. It was not only the year Nicole and I were married by a pretty amazing Elvis impersonator at Elvis Chapel in Las Vegas, but it was also the year I met a guy named Russell (@RussellScheerer). 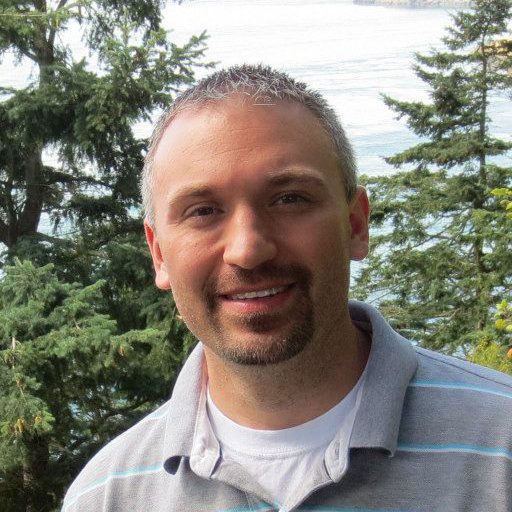 Russell was part of the Enterprise Architecture group when we both worked at the same privately-held corporation. He worked at a desk in my team's scrum room, sitting about ten feet away from me. During that period of time, I got to know and appreciate a technologist who has a vast understanding of Information Technology from a developer's perspective.

Russell is the kind of person that makes a developer's job much easier, simply by following the patterns and methodologies he has employed. He is the type of person who thinks two or three steps ahead of the current needs.

While we both eventually left that corporation, our paths crossed again late last year when I was honored to have him join our consulting team at CleanSlate Technology Group. Within a few days of coming on board, Russell was placed on the same project as me — nearly four years to the day we first met.

At that old job, we had started to wonder if continuing to standardize on Mac systems for development was still the right decision. While the newest MacBook Pro systems from Apple had some improvements, they did not seem as impressive as the hardware updates taking place on other platforms. More than once, our eyes seemed to gravitate to hardware being sold by hardware solution vendors like system76. Unfortunately, our old corporation admitted they were not ready to support devices running Linux — other than what is running on a MacBook Pro.

However, CleanSlate allows our team to spec out the kind of system they wish to use over a three-year time period. After using a MacBook Pro for several years, Russell made the decision to purchase a system76 machine, running Pop! Linux. The biggest benefit to this system is the ability to utilize 32 GB of RAM. A MacBook Pro with the same specification was nearly twice the cost.

We discovered that our particular project tends to favor MacBook Pro devices over Windows-based machines or even Linux machines. Russell tried to use his native Pop! Linux system first, but then installed a Windows partition as well. Neither fared well early in the project.

Unexpectedly, I was able to procure a MacBook Pro with 32 GB of RAM and set up Russell to A:B compare his Linux/Windows machine to the MacBook Pro. In doing so, I thought I would structure Russell's findings in an article to communicate to DZone readers considering a migration away from an Apple device.

Below, is a summary of the two systems that Russell is currently utilizing:

While these scores center on only one performance test, it is interesting to note the range in results. As expected, the Windows test on the system76 was the slowest, since a USB-disk was utilized to store the Windows operating system.

What was also interesting is how much better Windows performed during this test over the MacOS (Mojave 10.14.2) which was designed for this hardware.

The goal here was to find a common test that would run on all configurations and provide a number that can be used for analysis.

Findings - On the Job

With both systems ready for use on the project, some challenges were encountered during the A:B comparison:

Aside from the client VPN issue, Russell found a solution for all of the differences that were presented during this comparison. That VPN issue is not a concern when working on-site at the client or for a majority of our tasks which do not warrant a secure/private connection to the client's network. We saw documentation for using a command-line interface by the VPN provider, but still have not tried employing this approach on the Pop! Linux system.

Let's face it, a significant percentage of developers enjoy an occasional gaming session during off-hours. Russell, having an account on Twitch (@rwscheerer) certainly falls into this category. So I asked what his response was after spending some time gaming on both machines.

Below, are his takeaways:

Occasional gaming (like an office gaming event) might be tolerable using the MacBook Pro. Most likely, avid gamers are going to have a dedicated system to meet their gaming needs.

Talking with Russell after doing the A:B comparison, I asked which system he would pick if he had to select only one system.

He indicated he would remain using the MacBook Pro with 32 GB at this point, stating "due to the overall compatibility and flexibility of the machine." When I asked about using Windows, Russell indicated:

"Windows just isn't close enough for prime time development in my opinion. Forced Windows updates is an issue as well - which ended up crashing my machine." - Russell

Back at that company where I first met Russell, the internal support team had concerns with being able to manage and secure Linux-based machines, since the current tooling in place was not designed to handle machines running an OS other than MacOS or Windows. At the time, they also noted concerns with being able to encrypt the local hard drives in the same manner that MacOS and Windows systems were centrally managed. We did not reach the point to see if any other challenges exist.

If you are at the point where consideration of a new hardware platform is a priority, my hope is that you found Russell's findings helpful.