{editor's note: we posted a summary of holger voormann's tips about the eclipse infocenter a few weeks ago . we are now excited to have holger as a dzone mvb, and will be publishing his full infocenter articles this week. make sure to check out holger's blog, eclipse howl .}

the infocenter is multilingual. the eclipse babel project provides languages packs for the user interface. when the content is available in different languages it depends on your web browser settings which language will be chosen . the language setting of your web browser can be overruled by appending ?lang=… to the url. eclipse luna help is in english only, but for example the infocenter for ibm rational team concert for system z 2.0 is available in french ( lang=fr ) , spanish ( lang=es ) , japanese ( lang=ja ) , korean ( lang=ko ) and many other languages. it is also possible but rarely used to distinguish between american english ( lang=en_us ) and british english ( lang=en_gb ). in ibm’s infocenter for content analytics version 2.2 you can even switch the user interface language to arabic ( lang=ar ) with right-to-left layout: 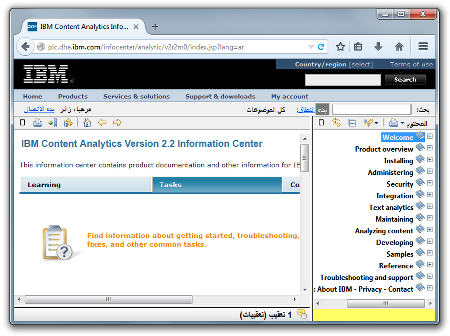 by the way, to confuse your colleagues you can switch the layout of their non-arabic eclipse ide including help to right-to-left with the runtime option -dir rtl . ;-) 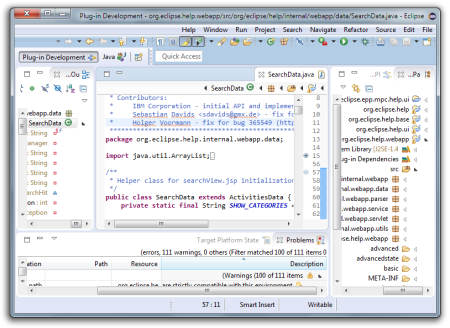 sometimes it make sense to provide only parts of the help content in different languages. for instance, often the user manual is available in several languages, whereas the api documentation is available in english only. but also if the content is not multilingual the chosen (user interface) language affects searching. this is caused by the language-dependent stemming: searching in english for plan without quotes will find topics that contain planning or plans , the same query in korean does not find these english topics . infocenter administrators can limit the list of supported user interface languages via the runtime option -locales .

stay tuned for the last little known thing about the eclipse infocenter on my list: debugging information !