‘Load Average‘ is an age-old metric reported in various operating systems. It’s often assumed as a metric to indicate the CPU demand only. However, that is not the case. ‘Load Average’ not only indicates CPU demand, but also the I/O demand (i.e., network read/write, file read/write, disk read/write). To prove this theory, we conducted this simple case study.

To validate this theory, we leveraged BuggyApp. BuggyApp is an open-source Java project that can simulate various performance problems. When you launch BuggyApp with the following arguments, it will cause high disk I/O operations on the host.

Let’s see the source code in the BuggyApp, which is causing this high disk I/O activity.

Here you can see that BuggyApp is launching 5 ‘IOThreads’ in the ‘IODemo’ class. You can see that ‘IOThread’ is going on an infinite while loop. In the loop, the thread is writing the content into a file and reading the same content. It is doing these 2 steps repeatedly again and again. Writing content and reading content from the disk is an I/O intensive operation.

When we ran this BuggyApp program in an AWS EC2 Amazon Linux 4.9.58 instance, below is the ‘top’ command output on this host: 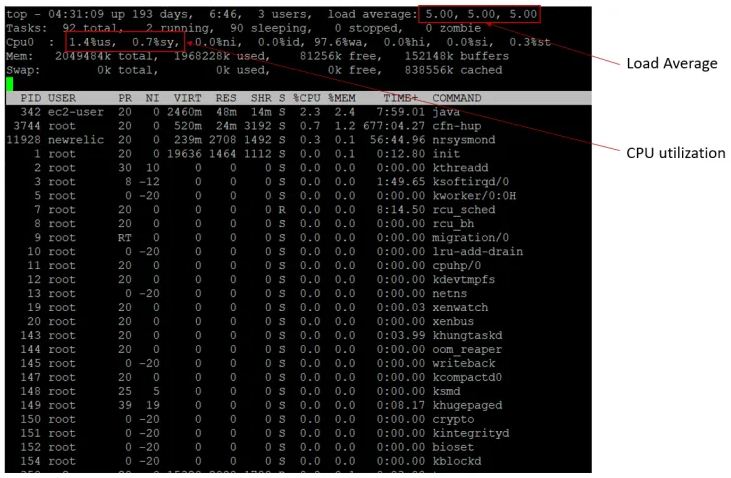