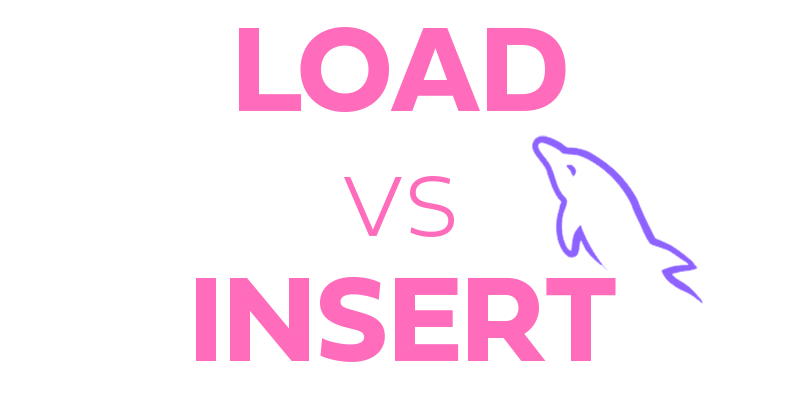 If you have been working with MySQL for a while, you probably already know that MySQL offers multiple methods for importing data. One of those –  the INSERT INTO statement - could be considered a standard way to do so. However, MySQL also has another way that dumps can be imported –  LOAD DATA INFILE. Such a statement might be helpful if we find ourselves working with a lot of data inside our database instances. However, when we are facing those two choices, we probably are not sure which one of them is better – that's what we are looking into today.

To begin with, the INSERT  statement, as its name suggests allows us to insert data into a table. In its most basic form, the statement looks like so:

As you can see, the statement is comprised of a few parts:

After we would run such a SQL statement, some demo data will be added to our table. We can also run INSERT statements like so:

Also, keep in mind that when we're adding values for every column in the table, we don't need to specify columns:

It would work just the same as an earlier example.

Also, we could make use of inserting multiple rows at once, a query like so:

It would flawlessly execute too! The upside of this is that we also reduce calls made to the database itself.

However, the INSERT query also comes with some caveats: the data inserted into the table must conform with the data type of the column set in the table. What that means is that if, for example, we would run a query like so:

Where number_column is of type INT, MySQL would not execute the query and instead would return an error like so:

The error is pretty self-explanatory: the number_column column accepts numbers and not text values: we have fed it something else, and MySQL did not like it.

Inserting data into your MySQL instances gets you pretty far. Still, at some point in your career as a MySQL DBA, you might need to look into INSERT statements and import rather large amounts of data (data comprised of 100,000 rows or more) into your database instances. A couple of big data-based projects could make use of this feature. For example, did you know that one of the most significant data breach search engines in the world was built on MySQL? Still, to fully understand it, we must realize our options.

Where /path/to/file.csv depicts a path to the file we want to load data from and demo_table represents the table's name.

LOAD DATA INFILE also has other options that can be specified. For example, we can specify columns that we want to load data into at the end of the statement as well:

A statement like the one above would only insert data into one column called demo_column. We can also specify an IGNORE keyword if we so desire:

This statement will IGNORE any errors it encounters and loads the data regardless. The IGNORE statement can also be used in combination with specific columns:

This statement is very powerful for one simple reason: if our given dataset is vast and we don't even need half of the information in it (say, we only need the values of the first column, but not the second, third, etc.), this statement would conveniently "forget" to load data into those columns and ignore any errors that MySQL might encounter on the way. Talk about saving time.

Also, keep in mind that LOAD DATA INFILE can also be LOCAL meaning that you can quickly execute a query like LOAD LOCAL DATA INFILE as well: that would work too. The LOCAL statement changes the location where MySQL can expect the data: if the LOCAL statement is in use, MySQL would expect the data to be located somewhere on the client host; otherwise, it should reside on the server host.

Why is LOAD DATA INFILE So Fast?

If you frequently find yourself INSERTing data into MySQL, chances are you are using an editor. A SQL editor like Arctype will let you create and edit tables with ease. It will allow you to share queries with your team as well - all with blazing fast performance. For example, here's how the process of editing tables might look like when Arctype is in use:

And that's not even it! If you so desire, you can edit constraints or foreign keys as well: all without worrying about running queries that modify them for you! 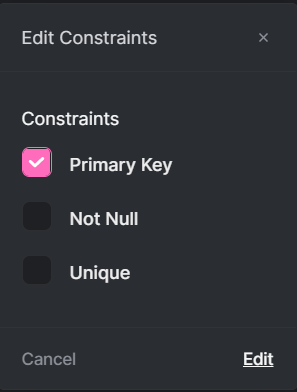