when self hosting web api, we have to create controllers on
the same project, otherwise it does not detect the libraries even if we
reference the web api project where we have all the controllers and classes
defined. 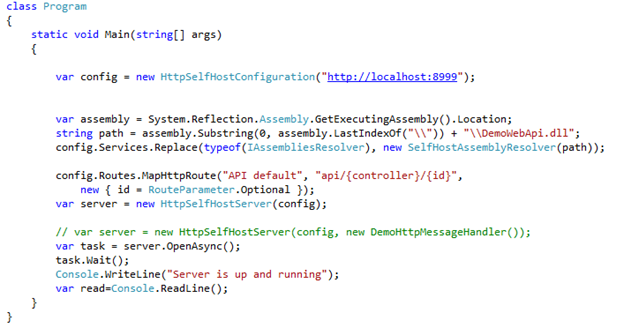 in the above code snippet, demowebapi.dll is the main web
api project i was using initially, that had used the default web api hosting on
iis.