As a professional developer, you are quite familiar with the concept of coding applications and building out the infrastructure to deliver that code, and you understand the complexities involved when a team works to meet delivery deadlines. You’ve spent years becoming proficient at your calling, and then suddenly one day you’re confronted with a new technology platform referred to as a low-code automation platform. It’s here to deliver solutions with a minimal amount of coding by developers and provides the flexibility for business users to develop their own solutions.

You might think this story above won’t happen to you, but the latest low-code magic quadrant report from Gartner states otherwise:

“By 2023, over 50% of medium to large enterprises will have adopted an LCAP as one of their strategic application platforms.”

Time to face the facts — sooner or later you’re going to be faced with a low-code automation platform. As a developer, there are a few myths around low-code platforms, and if we’re honest with ourselves, anything that tries to provide solutions without professional developers is concerning, right?

What Is Low-Code Automation?

This simple definition creates a baseline that low-code automation is a platform of visual and configuration tooling that lets a user design applications or processes. The results generate a running solution with little professional developer intervention.

To understand what low-code automation stirs in professional developers, we’ll take a look at a few of the more common myths surrounding it. These myths could just as easily be called fears or deep concerns. The following are a few common myths for developers that you might hear on a break by the coffee machine.

The first reaction to hearing that low code is coming to your organization is that it’s going to mean a reduced need for professional developers. Nothing could be further from the truth. While the way that applications and processes are constructed will change with less of a focus on the nuts and bolts of programming, the resulting generated artifacts continue to need attention. Professional developers remain crucial to managing application development at scale, integration of components, and general continuity of the application development landscape over time. A general shift in focus for the developer is the natural evolution with the occasional dive into the traditional coding arena to ensure low-code-generated projects are successful.

Along the same lines as the previous myth, this one seems like the natural result of using low-code automation. The reality is that initial speed gains on the front side of projects where drag-and-drop designing delivers components faster balances out with the customizations and enhancements needed to ensure the applications meet your needs. Professional developers will be kept busy ensuring that the business users of the low-code automation platforms are seeing the desired end results in their applications. 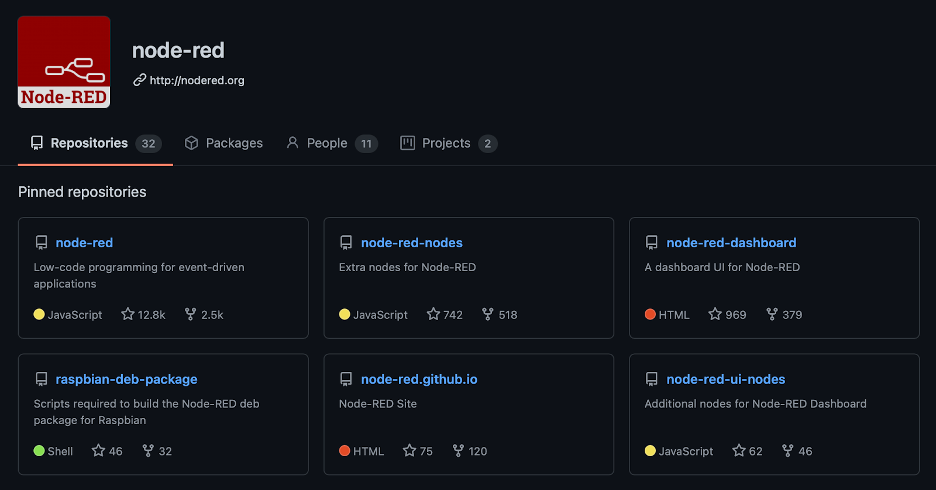 For those used to the open-source model of development, fear of vendor lock-in due to proprietary low-code automation platforms is a real thing. It’s even more of a concern in tooling that generates applications from closed source and proprietary methods that are not easy to come to grips with.

As always, where there is a need, open-source projects rise to fill the hole. While there are many variations and projects in the low-code open-source arena, there is one option highlighting that open source can be an option. This open-source project, shown in the figure above, provides tooling for wiring together hardware devices, APIs, and online services in new and interesting ways. Furthermore, it’s open to extensions, new features being added, community support, and all the freedom one expects from an open-source project.

Low-Code Platforms Are Not Flexible

Whether using an open-source or proprietary low-code automation platform, the impression many developers have is that generated code components are not flexible. One expects generated components to need modifications, customized business logic, or integration additions to ensure they comply with existing API standards in the organization.

There’s always a need to modify generated components or to add integration logic to the application, ensuring conformity with existing architectural choices. It’s not very often that you get to build applications and deploy them into a brand-new architecture due to legacy platform choices, existing product issues, and other architectural problems. This is where professional developers shine, ensuring that the customization of applications or integration points can be done in a consistent, secure, and scalable fashion.

While the idea of reducing the amount of coding being done by professional development teams is strange at first, the myths discussed in this article show that things are not as bad as one might think. The job of a professional developer is not going away — it’s evolving into something that just might become more productive using the tools low-code automation platforms provide. In some cases, development might accelerate with low-code tools, but in others, it’s going to take a professional developer with the insights to understand how to manage the integration, complexity, and growing solution architecture that low-code automation platforms deliver.

Using sound judgement and hard-won experiences, professional developers can ensure that generated solutions can be managed, extended if necessary, and all done in a safe, scalable fashion. An important fact is understanding that the use of open-source technologies does not have to end with low-code automation platforms. There are many options in the open-source ecosystem for you to adopt into your development toolbox during your low-code journey.