On September 10th we had the London Software Craftsmanship Community's First Code Retreat.

We had 22 passionate and talented developers working in Java, C#, Ruby, Python and JavaScript. Some of them travelled two hours, waking up as early as 5am, to come to the code retreat and many others travelled at least one hour to be there.

We started at 8am, with breakfast and informal discussions. Then we had a quick introduction, where I explained the purpose of the day and used some of Corey Haines wise words. Here's a quick summary:

"In our day-to-day job, we need to get things done. We need to achieve something and deliver something. And we want and are committed to it. In order to do so, we end up cutting corners. So that's how we code. We sacrifice quality in order to deliver "faster".

But now imagine you have all the time in the world and all the knowledge in the world. Imagine what would be your idea of perfect code. Now compare it to what you do and how you code in your day-to-day job. 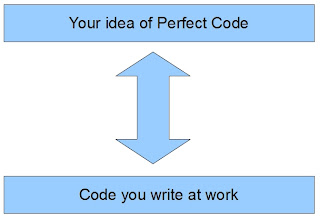 But today, during the code retreat, is the day that we will practice perfect code. Today we don't need to deliver. Today we have no pressure, besides writing perfect code. That means the objective of a hands-on session like that, is not to finish the exercise, but to practice new approaches, expand our horizons and learn from others. Today we will reduce the gap from what we do in our day-to-day job and the perfect code, providing better value for our customers and being better professionals. "

I have made this letter longer than usual, only because I have no time to make it shorter.


Format of the day

After a good breakfast, developers formed pairs and worked on the Conway's Game of Life. We had three sessions in the morning, then lunch and another three sessions in the afternoon. Each session lasted 45 minutes and had a retrospective afterwards where developers discussed their approaches and problems they faced. Then developers deleted the code from their machines. In each session new pairs were formed and worked on the same problem.


During the sessions, I also asked them to try different testing approaches: outside-in and inside-out. The reason was to compare how different the design would turn up. They were also encouraged to pair-program with developers from other languages, what is an amazing experience and broadens our mind.

The experiment with each pair choosing the challenge on session four had a mixed feedback. Some developers enjoyed it because they could push themselves. Others said that the retrospective was not so good since pairs were working with different challenges and could not relate to the problems and solutions exposed by other pairs. This is something I'll need to think about for future code retreats. How can I balance the challenges so everyone feels, well, challenged.

Overall, we all had a fantastic day. There were many very interesting discussions during the retrospectives and, according to the feedback, everyone learnt something. I definitely learnt a lot myself and facilitating my first code retreat was an amazing experience that I want to repeat.

I would like to thank Valtech for providing the venue and for the full sponsorship. They provided us everything we needed for this event and were key for its success.