At the AI Expo in Amsterdam, a CTO of BPU Holdings Carlos Art Nevarez claimed that it’s time for machines to become emotionally intelligent. He started his speech from a well-known fact: machines are becoming ever smarter thanks to artificial intelligence. At the same time, he reminded the audience that machines are still cold and logical, that we can observe the lack of emotion, and what is worse — they have a bias problem. 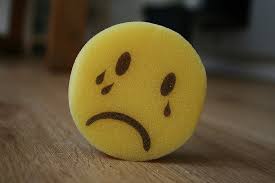 “We are teaching the machine to synthetically emulate emotional intelligence to better relate to how you and I feel,” Nevarez said.  “So many exciting applications present themselves to enhance healthcare analytics, market assessment, consumer and voter sentiment, and delivering customized content in the Internet of Things.”

AI is extremely widespread in healthcare. This is also one of the areas where empathy is most needed.

A fitting example is the aiMei app. It is an app created by BPU, which offers personality and mood analysis through a chatbot-like interface. For medical establishments, the company created a special version of the app so that a physician can set it for a patient’s needs.

This application can ask a person whether he or she has already taken the prescribed pills. In case the patient takes drugs that can cause stomach irritation on an empty stomach, the application asks him if he has already eaten. Later, the app can ask an individual if he wants a snack, providing him with the programmed list of snacks available that day. Thanks to this function, there is no need for a nurse to go and check on each patient. At last, the application can check if the medication is working by asking patients how they’re feeling in an hour or two after taking their pills.

Doctors reported to BPU that they can monitor temperature and other vital signs, but they are not able to record a patient’s mental state. However, they would like to do it.

Salim Hariri, Ph.D., co-director of the Natural Science Foundation and The Center for Autonomic Computing at the University of Arizona, recently stated: “Among many other applications, BPU’s AEI technology shows great potential for healthcare advances in patient emotional and critical assessment.”

The company has also developed a smartwatch app, which can detect a person’s heart rate acceleration and look for the potential reason. Together with a heart surgeon, this smartwatch app can accurately predict a cardiopulmonary arrest five minutes before it is going to happen. The app alerts the health professionals in time, so they can take precautions and save the patient’s life.

BPU has also developed a new personalized app for usage outside healthcare. This app is called Neil and determines a user’s individual emotional reaction to news articles and adjusts the news coverage accordingly.

Nevarez stated that all of these apps provide the company with good insight into the human emotional genome and support the creation of frameworks that would make empathetic apps easier to build for everyone.

Published at DZone with permission of Oleg Svet. See the original article here.