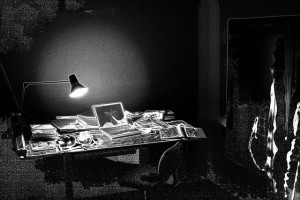 
i have just stepped into the role of director, cutter’s agile product and project management practice. it has been a long time since i felt so honored. little had i expected that a friendly 2008 email from brian robertson suggesting i write an article for cutter, and a later invite from jim highsmith to join the practice would lead to my heading it now.

my preliminary thoughts about evolving the practice are summarized in the cutter press release . i view agility as much more than a ‘mere’ software method. i envision the combination of agile, cloud, mobile and social as transformative in nature. specifically:

it is not ‘just’ about doing one thing or another a little faster. rather, it is about enabling new business designs that utilize the ultra-fast pace and flexibility of multiple links in the company’s value chain. [excerpt from the cutter press release].


an example of the transformation i foresee is given in my 2011 prediction :

the paramount need to deliver faster/earlier is, for all practical purposes, dictated by today’s markets becoming hyper-segmented. for example, my (or your) twitter network today is an evolving market segment. my twitter network in march 2011 could easily be a different segment than the segment it is today. the only way to penetrate such fluid market segments effectively is by following the classic agile mantra “release early and often.”


viewed from such perspective, agility is more than a strategic initiative. it actually becomes a philosophy of life in the best sense of the word:

the real challenge, however, lies in how to go about solving problems when you don’t understand them well enough to get to a viable solution … when you don’t have a clear enough understanding of the problem to create clear solutions, you have to iterate. [interview with russ daniels ]


i will be the first one to admit that i don’t fully understand various facets of what it will take to make the agile practice most meaningful to current cutter clients and highly enticing to future prospects. just as russ suggests above, i plan to iterate.

and this, in the final analysis, is all that matters in an agile practice.