People often come to me with R code that’s running slower than they’d like. It’s not usual to make the code 10 or even 100 times faster by rewriting it in C++.

Not all that speed improvement comes from changing languages. Some of it comes from better algorithms, eliminating redundancy, etc. 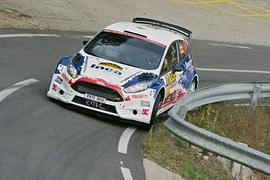 If code is running 100 times slower than you’d like, why not just run it on 100 processors? Sometimes that’s the way to go. But maybe the code doesn’t split up easily into pieces that can run in parallel. Or maybe you’d rather run the code on your laptop than send it off to the cloud. Or maybe you’d like to give your code to someone else and you want them to be able to run the code conveniently.

It’s sometimes possible to tweak R code to make it faster without rewriting it, especially if it is naively using loops for things that could easily be vectorized. And it’s possible to use better algorithms without changing languages.

Beyond these high-level changes, there are a number of low-level changes that may give you a small speed-up. This way madness lies. I’ve seen blog posts to the effect “I rewrote this part of my code in the following non-obvious way, and for reasons I don’t understand, it ran 30% faster.” Rather than spending hours or days experimenting with such changes and hoping for a small speed up, I use a technique fairly sure to give a 10x speed up, and that is rewriting (part of) the code in C++.

If the R script is fairly small, and if I have C++ libraries to replace all the necessary R libraries, I’ll rewrite the whole thing in C++. But if the script is long, or has dependencies I can’t replace, or only has a small section where nearly all the time is spent, I may just rewrite that portion in C++ and call it from R using Rcpp.

The R programs I’ve worked on often compute something approximately by simulation that could be calculated exactly much faster. This isn’t because the R language encourages simulation, but because the language is used by statisticians who are more inclined to use simulation than analysis.

Sometimes it’s possible to speed up code, written in any language, simply by not calculating the same thing unnecessarily. This could be something simple like moving code out of inner loops that don't need to be there, or it could be something more sophisticated like memoization.

The first time it sees a function called with a new set of arguments, memoization saves the result and creates a way to associate the arguments with the result in some sort of look-up table, such as a hash. The next time the function is called with the same argument, the result is retrieved from memory rather than recomputed.

Published at DZone with permission of John Cook. See the original article here.