"Work smarter, not harder," as the saying goes. For most people, this is common sense. There’s many ways you can interpret this advice, from finding tools and techniques to help you automate repetitive tasks to prioritizing tasks that have the highest contribution towards achieving a goal and deprioritizing or even ignoring other less important tasks. Why spend time on a task if it doesn’t help you get to your goal?

After spending a while writing this article, I very nearly decided not post it because don’t most people get this already? It’s kind of obvious, right? Well, it’s only obvious if you already get it, and maybe not so obvious if you don’t. The reason why I felt there’s value to share this is that I’ve come across enough people during my years of working in software development who just don’t get it. If these people can gain even the smallest something from this post, then hopefully they’ll be saved from their misguided attempts to do all the things. 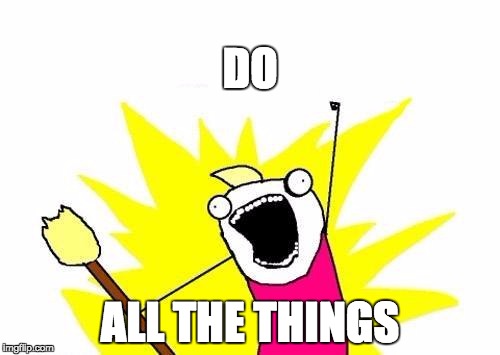 Deciding where to spend your time is like choosing where to invest your money. We each have a finite (and limited) amount of time to invest in working on tasks, as there are only 24 hours in a day and at least some of those hours need to be spent sleeping. More often than not, the amount of time you have available is less than the time to complete all your tasks (either at work or in our personal lives).

Who Needs to Sleep?

First, let’s get rid of the idea that spending more time working and less time sleeping is the answer to all problems. This is not going to help you in the long term. Reducing your hours of sleep so you can do more during the day is usually not a sensible approach because in the long run, you’ll just end up more tired, and working while tired means you’re less alert, less effective, and more likely to make mistakes. Obvious points to make, but some people just don’t get this. Spending more time working rarely means you complete more work. If anything, it may mean you get more done but at a lower quality and with more errors and mistakes. If that’s acceptable for you and/or your employer, then great, but for most of us, that’s not a sensible or effective option.

As software developers, we’re in a much better position to be able to automate tasks than non-software developers. Have a manual task that is time-consuming and you find yourself repeating it again and again? Write a utility to help you automate the task! OK, so it’s not always as easy as that, and you might not have the free time to spend developing the automation. However, if the amount of time invested upfront on building the automation is going to free up your time to work on other tasks in the future, then it might be worth the initial investment. Discuss with your supervisor if you’re unsure if you should be spending time on building automation rather than working on completing the task itself.

Developing a script or a standalone app to help automate tasks doesn’t have to be a major development effort, either. Sometimes, learning shortcuts with your existing tools can be a major time saver. Here are some quick ideas:

In general, most of us in our jobs have some tasks or responsibilities that are core to our role, things that we have to or are expected to do. There’s most likely an assortment of other tasks that are not essential or time-critical and maybe don’t even contribute towards achieving whatever your core responsibility is. These other non-essential tasks may come up from time to time, they might be "nice-to-haves," they may come up in conversations as improvement type side projects. These additional tasks may also be longer-term skills development type activities like mentoring or knowledge transfer type tasks. In the long run, these add value to your organization as a whole, but they might not contribute to getting a product built and shipped out the door today.

If we had to categorize each task in terms of importance, we could think of a number of varying scales along where we could put each task:

Think about the tasks you have and try to prioritize them in a way that you can (if possible) spend time on tasks that have either higher short- or long-term gains, and deprioritize other nonessential tasks.

If you really can’t get away from "doing all the things" yourself, at least try and automate as much as you can so you can free up time to work on tasks that have greater rewards or impact.