In my previous post Managing Secrets Deployment in GitOps Workflow I talked about SealedSecrets, which is one of the ways to keep Kubernetes secrets in version control to implement the GitOps workflow. This approach has the following downsides:

One solution may be to export and import the same set of keys from one cluster to another. However, if the key on a cluster gets compromised, it would grant access to all sealed secrets on all clusters with the same key pair.

Kamus is an open-source, zero-trust, GitOps secrets encryption/decryption solution for Kubernetes applications. Kamus can help you to encrypt secret values and commit them to source control. These encrypted secret values can only be decrypted by the application running on Kubernetes. It utilizes strong encryption providers (e.g. Azure KeyVault, Google Cloud KMS, and AES) to encrypt the secrets. Kamus lets you encrypt a secret for a specific application that can be decrypted by this application only.

Using Kamus we can apply more granular permissions to make it suitable for zero-trust environments with a high standard of security. It basically associates a service account to your secrets and only the application running with this service account is allowed to decrypt it.

KamusSecret approach is very similar Bitnami Sealed Secrets approach and is also a controller inside the cluster to detect the KamusSecrets and provide a decrypted version as a Secret.

The kamus-client does not support passing the whole secret resource which makes the end-to-end encoding process a bit more tedious. In this approach, we need to encrypt the individual items separately with the client and aggregate manually inside an “envelope” KamusSecret definition.

This approach has a huge advantage over Bitnami Sealed Secret and a KamusSecret (approach 1). It never reveals the decrypted data except for the intended service at runtime.

However the encryption process for zero-trust secrets is very similar to the KamusSecret but instead of wrapping encoded data in a KamusSecret, a ConfigMap will be used to store secrets as encrypted files in a mounted ConfigMap volume.

To consume these secrets, an initContainer is used to invoke the Kamus-decryptor service which decrypts the secrets and store them in an ephemeral emptyDir volume accessible only for the application container in the pod. This is how it works:

Kamus is basically shipped with the following utilities to make it easier to use:

Kamus also supports an official helm chart which is the simplest way of installing Kamus. The Kamus chart has default keys that are not recommended to use to encrypt the secrets. Anyone can decrypt these secrets using these default keys. The scope of this blog is to set up Kamus on the Google Cloud Platform.

Following are the steps to set up Kamus.

2. Create the KMS key with this Shell command: 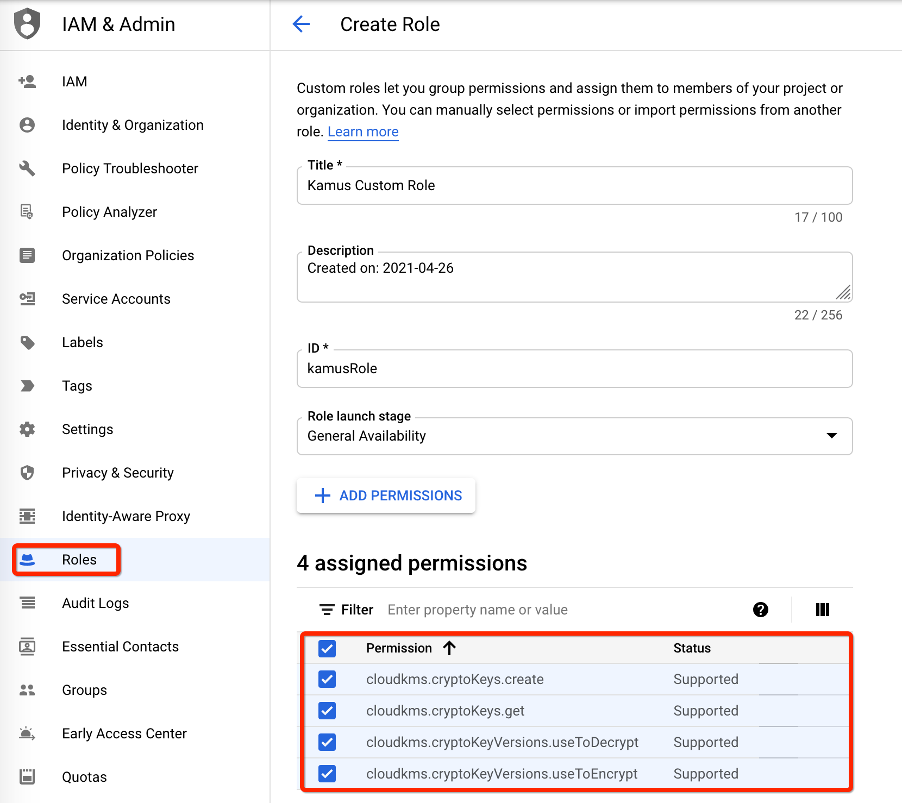 5. Attach the custom role to the service account with the following Shell command: 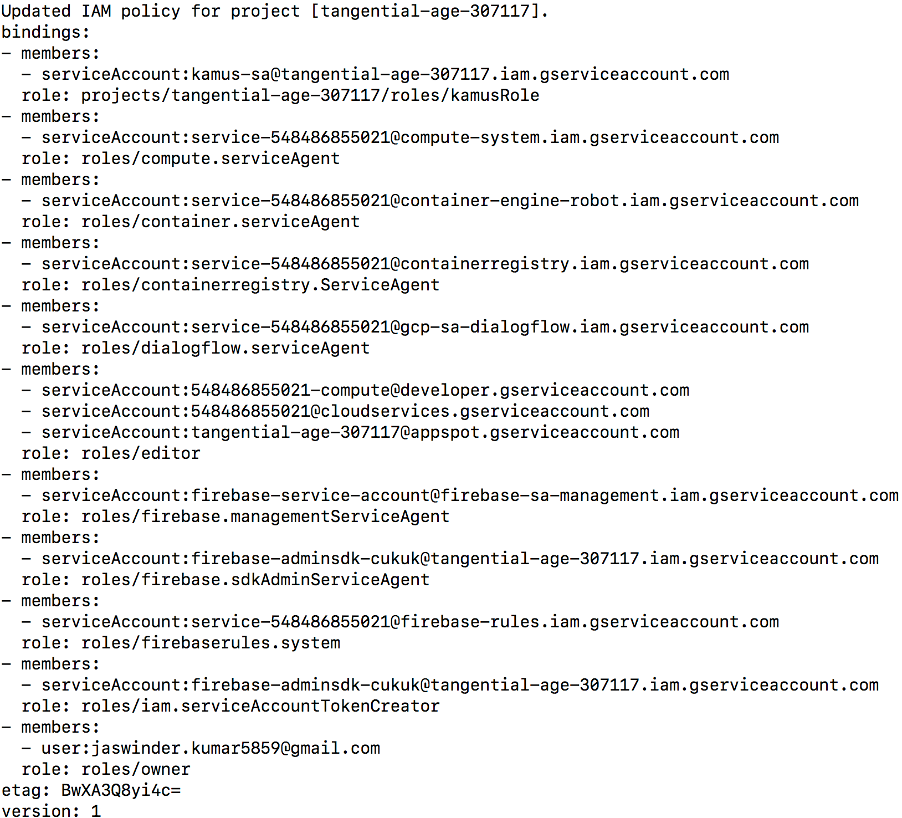 Kamus client is available as npm package. You can follow under mentioned steps to setup it:

You can encrypt the KamusSecret with command:

Then we need to create a KamusSecret envelope object based on the following structure:

This KamusSecret resource can now be safely stored under version control system like git. You can now apply the changes:

You can get the KamusSecret details with command:

Run below command to get the secrets created in dev namespace:

Lastly you can decode the secret with command:

In this approach, we will reuse the same encrypted data, but this time we'll use a ConfigMap which can be mounted to the volume of encrypted files. Have a look on below ConfigMap (kamus-database-cm.yaml) template:

You can apply this configMap with command:

Kamus has built up an initContainer solution to decrypt the secrets on mounted files, and results will be stored on a common emptyDir volume for our "application" container to use.

You can apply this deployment with command:

Finally you can check the decrypted /data/config.json file available for our application container with command:

KamusSecrets is intended to be used by applications that cannot use the regular secrets (e.g. 3rd Party Secrets) or for specific Secrets types (like TLS secrets or docker registry credentials). It is recommended to use zero-trust secret flow for most of the use cases.

Though Kamus offers more options than Bitnami but it requires more efforts for most of the scenarios. Additionally a zero-trust environment requires a significant setup and injection of init containers in workloads.

In most common scenarios, Bitnami Sealed Secrets remains particularly effective, compact, and straightforward to operate. It's the suggested and de-facto answer for lightweight secrets management for GitOps workflows.