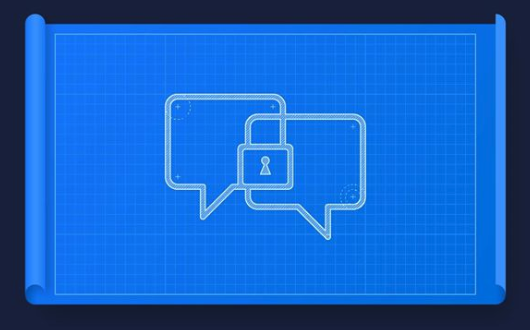 In a recent blog post on Facebook, Mark Zuckerberg laid out his vision for “building a privacy-focused messaging and social network platform.” Too bad it’s a bunch of BS.

“I believe the future of communication will increasingly shift to private, encrypted services,” he wrote, “where people can be confident what they say to each other stays secure and their messages and content won't stick around forever.” Zuckerberg acknowledged the company’s abysmal reputation for protecting users’ privacy, saying, “I understand that many people don’t think Facebook can or would even want to build this kind of privacy-focused platform.” He then set out to reassure the apparently gullible masses that Facebook has officially turned over a new leaf.

While Zuckerberg’s first three talking points prioritizing “private interactions,” “encryption,” and “reducing permanence” seem innocent enough and could certainly be interpreted as acts of contrition in the wake of so many damaging reports – like this one from the New York Times – the latter half of the discussion, well, not so much.

Ashkan Soltani, an architect of landmark privacy legislation that passed in California last year, was having none of it and quickly explained what was really going on here: “@Facebook,” he tweeted, “moves to combine its multiple Messaging platforms. While positioned as a privacy-friendly play, its timing suggests a competition play to head off any potential regulatory efforts to limit data sharing across services.”

Former Department of Defense spokesman Todd Breasseale also chimed in, “It will be interesting to see how the antitrust regulators in Europe will interpret this strategy.”

Indeed, as NPR pointed out, this announcement came just one day one day after a Senate Judiciary hearing on whether such tech giants were pushing the bounds of antitrust regulations; suspicious timing to say the least.

And this is not the only problematic rhetoric in Zuckerberg’s announcement. As he continues to expound upon the benefits of encryption, explaining that “people should expect that we will do everything we can to keep them safe on our services,” he concludes with a qualification that seems to undercut his entire message, harkening back to the days when Facebook used to pat itself on the back for Messenger surveillance. People should expect safety, he says, but only “within the limits of what’s possible in an encrypted service.” Apparently Facebook is willing to listen to the masses, giving them the privacy they demand, but not without warning us we know not what we do.

Never mind the fact that people have demonstrated how end to end encryption doesn’t really prevent the company from accessing message data. And apparently we shouldn’t even consider the fact that encrypted messaging is already an optional feature in Messenger because there’s no mention of it in his more than 3,000 word exposition. What he does want us to see are the evident risks our demands are subjecting us to, because if Facebook can’t save us from the “bad actors” out there, who can?

Perhaps he’s hoping that we’ll ultimately change our minds, paving the way for an easier transition to the company of his dreams, one that includes “calls, video chats, groups, stories, businesses, payments, commerce, and ultimately a platform for many other kinds of private services.” Or maybe, and more likely, he’s just preemptively padding himself against the inevitable backlash that will ensue when the company is once again caught doing what it does best. They do, after all, have “a responsibility to work with law enforcement and to help prevent [bad doings] wherever we can.”

What is crystal clear is that this so-called privacy move, as this piece in The Verge points out, is nothing more than “a business opportunity.”