The dark days of the second half of 2017 are becoming a distant memory. The times of insane ICO valuations and token speculation excess were great for some but were a distraction from what makes blockchain interesting — the technology and the promise of that technology.

As with any new idea that boards the hype train, there are the early adopters, those that scramble aboard for the ride, nearly crashing the train, and then, eventually those that remain as the journey settles into something more consistent and predictable. I feel we are starting to enter this later phase with blockchain. I have been watching those projects grow and mature with little fanfare but are building something that might end up being useful. Imagine that!

To some, Consensys needs little introduction, imagine them as the Red Hat to the Linux Foundation, and you get an idea of how they fit into the Ethereum space. Founded by Joseph Lubin, one of the creators of Ethereum, they are focused on prototyping useful ideas of Ethereum technology. They are behind dozens of Ethereum related projects, useful to a wide audience from developers to end users who aren’t even aware of what a blockchain is. These include:

With dozens of others in progress, Consensys are hedging their bets about what may or may not work, and then passing those experiences onto others looking to develop and build with Ethereum.

I spoke with Amanda Gutterman, their CMO at Berlin’s Tech Open Air to discuss her approach to marketing a technology and concept that is, at best, overly complicated to many and, at worst, an unnecessary waste of time. Amanda’s background is interesting. She founded Slant, an early project to recognize that the Internet would break the traditional journalism model and attempted to solve it. Slant is now closed, but with blockchain based projects now attempting the same, she brings prior knowledge of history that the community is often lacking.

Speaking curtly and always keeping to the point, in the interview below Amanda outlines how she became interested in Ethereum, how Consensys collaborates with the Ethereum Foundation, and how they decide which projects to work on. From a marketing perspective, Amanda acknowledges that the blockchain space has much work to do in explaining itself and that her advice is to focus on the use case, adjusting your language appropriately, and to stick to well-researched facts, not try to fool people into something that isn’t true.

The next day I spoke with Thomas Schouten, the head of marketing at Lisk, who is creating a suite of tools to make deploying DApps (decentralized apps) simpler and using programming techniques that developers are already familiar with. Underpinning these tools are Lisk ‘sidechains’ that attempt to solve the long-lasting blockchain performance issues, by offloading the bulk of processing from the main chain and reconnecting to it when needed. Lisk’s ICO raised over 14,000 BTC back in 2016 and are taking their time, despite a relaunch event earlier in 2018, a point addressed by Thomas. ICOs are a somewhat unique way of raising funds (well, slightly similar to crowdfunding); you raise a lot of money on the hint of an idea, and then an entire community sits, watching and constantly asking about your progress. It’s a stressful experience, especially when half the time a team isn’t entirely sure how they will implement the idea.

Lisk is attempting to focus on creating a product that delivers what they promised, is useful, and of high quality. This process takes time and requires simultaneous quality communication, something that Thomas and his team recognizes, with a staggering 14 members, which is a high number for any tech startup — let alone a blockchain one.

You can hear more about Lisk’s journey and Thomas’s team in the interview below, with a summary of my experience with their tools after.

Your first impression of Lisk is how slick their site and tools look. I also experienced this at their relaunch event (everything worked and ran on time, rare for Berlin events), and Thomas mentioned how important this is to the company in the interview.

The Lisk consists (or will) of the following products: 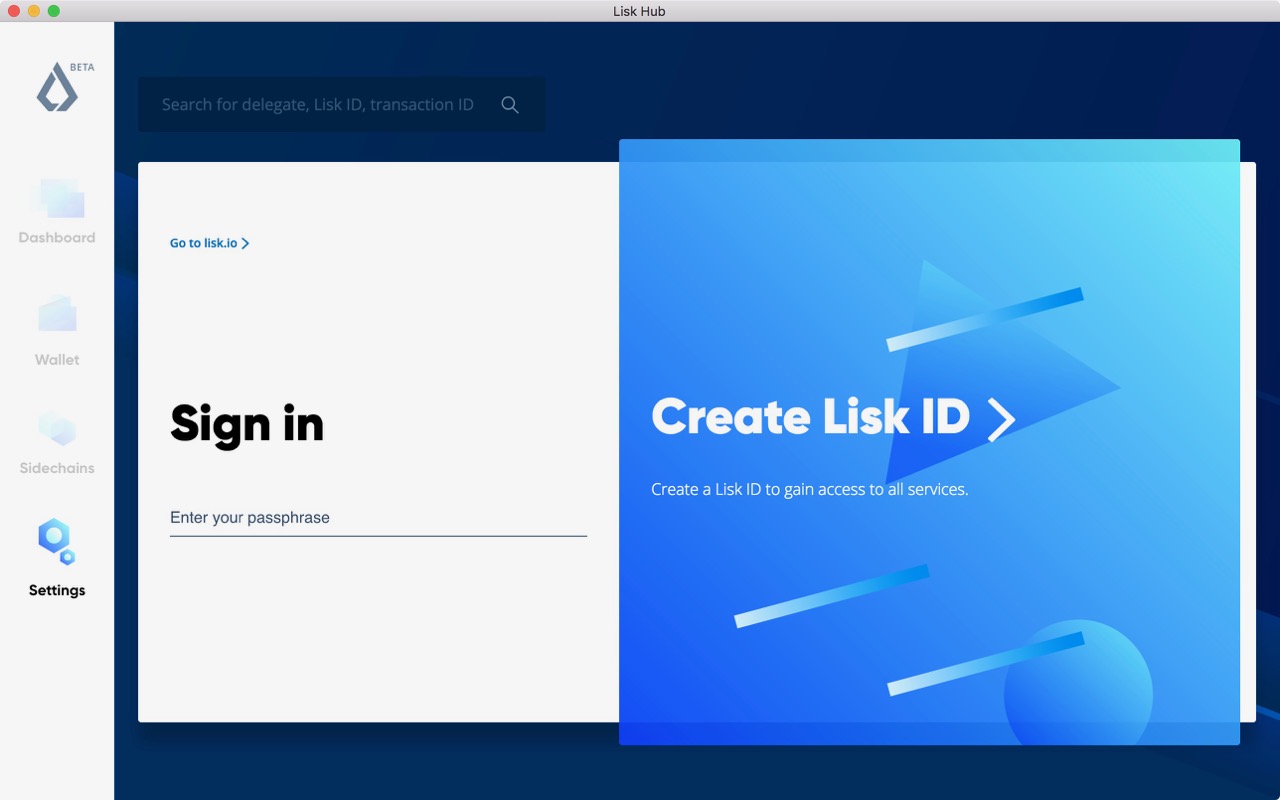 How you get started with Lisk somewhat depends on your use case and knowing what component to use when is possibly the biggest stumbling block with Lisk right now. There is no first step for getting started. This challenge is a common one in the blockchain space, and, again, something that Thomas mentioned. Many are only interested in trading and speculating with tokens, while others are interested in using blockchain for new application paradigms. The question remains: how do you please both?