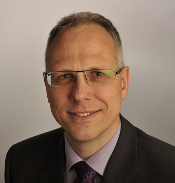 michael müller (pictured right) is head of development at the institut für das entgeltsystem im krankenhaus (inek gmbh), which is a german institute for hospital remuneration. inek's main mission is to develop and refine the g-drg system, a hospital remuneration system based on diagnosis related groups, as well as the pepp system, which is focused on differentiated daily flat rates in the psychiatry domain.

besides that, the institute has other tasks, which are also mostly initiated by the german government and legislative branch. since all these are highly specialized tasks, unique and highly sophisticated software products are needed. this is a compelling and interesting challenge for michael and his colleagues. formerly he worked on laboratory information systems, in the healthcare domain, and in his own company, which focused on it consulting, education, software development, and hardware sales. part time, he works as a consultant and author.

nice to meet you, michael. what kinds of activities do you focus on in your daily work?

well, besides my tasks of project management, internal consulting, requirements engineering, and conceptual work, i'm happy to say that i still have time to develop software architecture and to code parts of our products.

and, when there is less official coding on the agenda, i'll code in my spare time and blog about my experiences, at http://blog.mueller-bruehl.de , which is hopefully valuable to my readers. the most popular part of the blog is my tutorial about web development with jsf.

my blog is just a portion of my spare time computer activities. in particular, i'm very involved with jsf and, since a few months, a member of the jsr-344 expert team. this takes some hours each week too and, hopefully, i'm able to contribute enough useful work to that team.

and, last but not least, i'm a husband and father! family and my work in the institute take priority. thus, as might be clear at this stage, readers of my blog sometimes need to wait a little for a new article...

underneath and supporting all these activities, you make use of netbeans ide. what's your history with netbeans ide?

i started using netbeans ide in my spare time, some month before i joined inek. at that time i had been using visual basic 6 and wanted to re-start with java. i tried java for the first time some years prior to that, using a simple editor in combination with the command line, and later via eclipse.

however, i first became really productive with java through using netbeans ide. it must have been netbeans ide 5 or netbeans ide 5.5 when i started using it. then, when i started at inek, i tried eclipse again. eclipse seemed to cover a broader range of tools and programming languages, though it needed a lot of configuration. meanwhile, netbeans ide came along with a strong focus on java and better integration of the related tools.

especially when starting java ee development, netbeans ide offered everything we needed at inek right out of the box, without any complicated configuration at all. thus, the decision was easy and clear. ever since then, netbeans ide has really been improving from release to release.

at the same time, while using them, you've been blogging a lot about netbeans ide and java ee. what are the key ways you have found netbeans ide being useful for developing java ee applications?

here are the main advantages from my point of view.

all in all, though, there is one aspect of netbeans ide that i really love—besides the product features—if i discover and report a bug or if i file an enhancement in netbeans issuezilla, i usually get a very quick response. bugs are resolved quickly and a couple of my suggested enhancements have been implemented. the netbeans team does a really good job.

aside from twittering and blogging, are you doing other things to promote netbeans ide?

of course. i love to play ping-pong with my colleagues during lunch break. and sometimes, i wear my netbeans t-shirt for this! but, joking aside, these are the promotional activities i am involved in around netbeans ide:

what new features or enhancements would you like netbeans to have in the future?

when i published my article about netbeans ide 7.1, some guys at the local cologne java user group were surprised because, in their eyes, there was nothing outside of eclipse (and rarely intellij).

finally, earlier i mentioned the great work being done by the netbeans team. and that was only part of the truth. as an open source project, there are many contributors outside the core netbeans team, performing a good job too. for myself, i thought about contributing source too, but i never did, because i preferred to concentrate on jsf. note, by the way, that ed burns, the jsf spec lead, is one of the people who love netbeans ide too. and that is because... it is an amazing product today.

to the netbeans team and all those contributors i'd just like to say: "thank you!"