Micronaut® framework is creating a buzz around cloud-native (microservice, serverless ) application development due to its enriched features and optimizations based out of modern Polyglot JVM — GraalVM optimizers.

Why Micronaut® and what makes it the next level stuff as a framework for Cloud-Native development :

How to Get Started Along Microservice With Micronaut

Installing Micronaut® manually comes with a super-rich & intuitive CLI that we will be using for the rest of the project lifecycle ( its power-pack CLI features add to developers productivity). We will be doing 3case studies with Micronaut® to compare and benchmark its potential relative to today’s Cloud-Native de-facto framework — SpringBoot.

Let’s get to the suspense straight-in with below depiction of different benchmarking results : 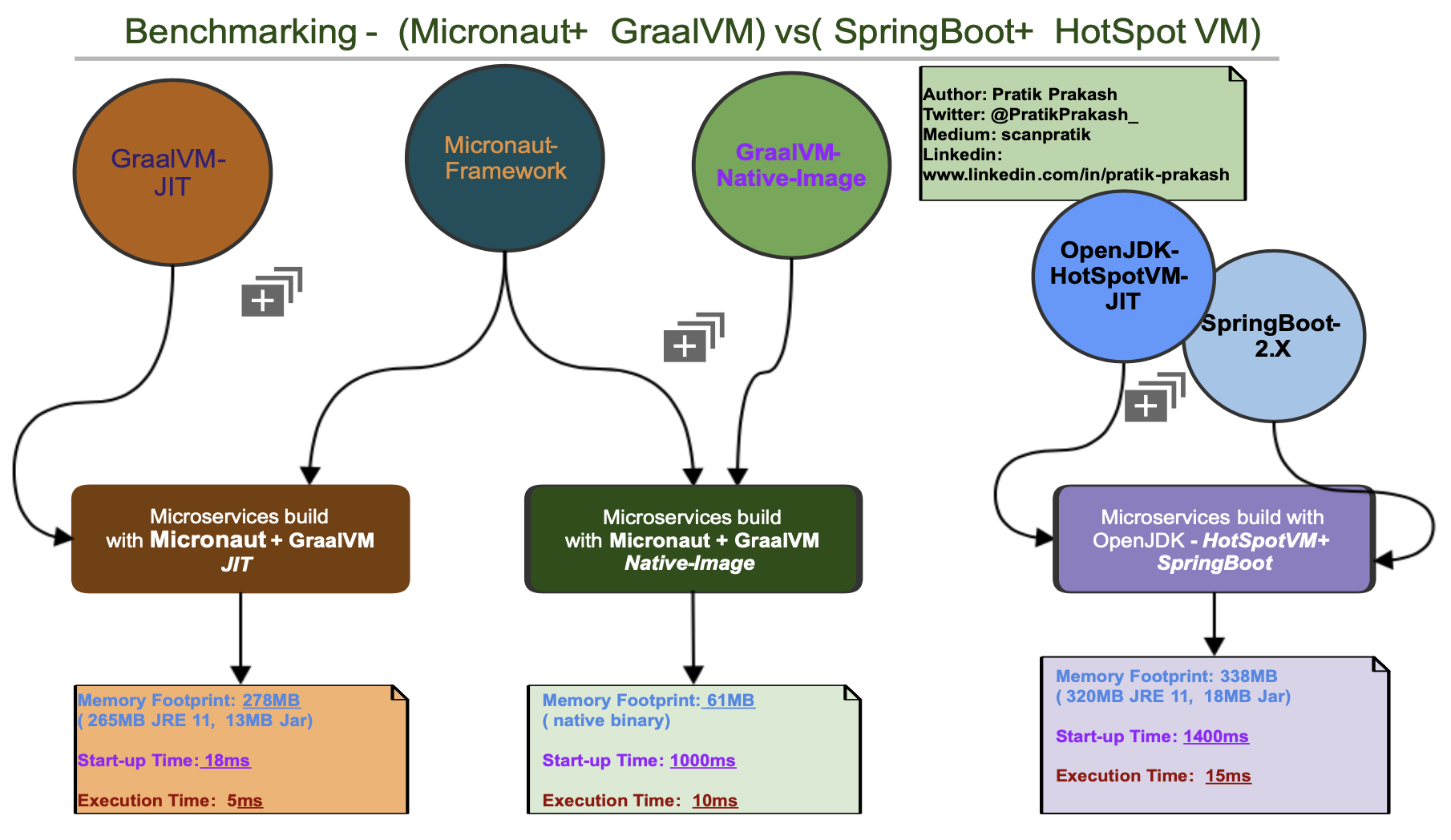 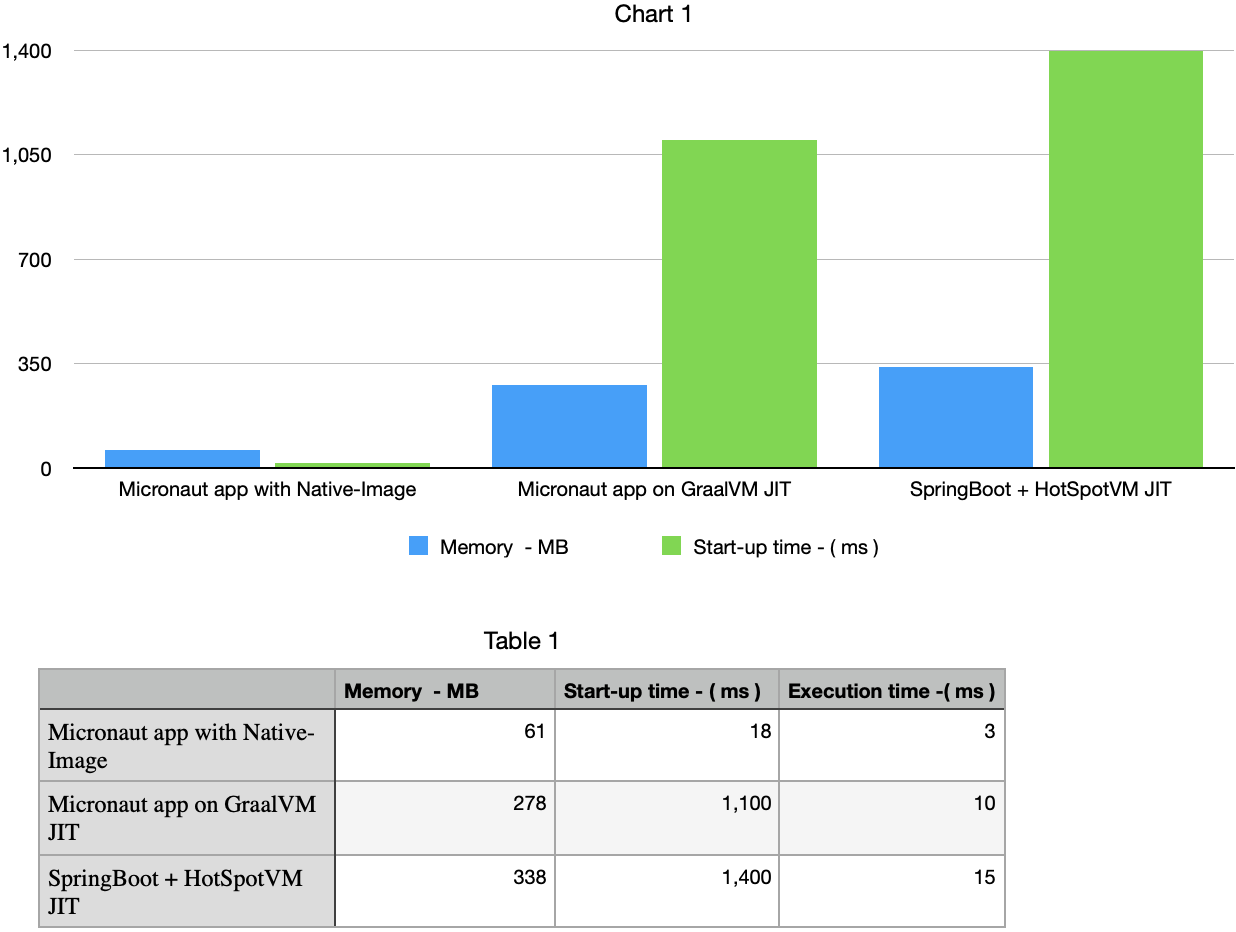 Step 1: Install Micronaut® nm and test its installation with below steps:

Step2: Simple command can create an app framework with all features generally required for microservice along with Dockerization.# creating an application with name demo-mn-jit

Step 3: Open the generated project in your IDE (IntelliJ in my case) to see the complete project structure and files. Micronaut® has close resemblance with Spring Boot that developers can relate to when starting with it. Hence minimize the learning curve of getting on to Micronaut® and its super-rich features.

This is the main case study curiosity to way forward to modern cloud-native, lets observe it closely:

One can build a native image directly with Maven using the mvn packagecommand without running the native-imageplugin.

Benefits of a “Native-Image” aren’t for free — they come with a cost. Obviously, the native executable can only run on a single platform. Another limitation is caused by missing metadata during runtime. Since by default a native image doesn’t retain information about classes and methods, hence one’s ability to perform reflection is limited. As there are many Java frameworks that rely on reflective access, getting them to run on a Native Image may require additional configuration.

Having said that, it's obvious GraalVM is the way forward and will be encouraged over HotSpotVM. Micronaut® is a goto framework, to be used in conjunction with GraalVM based JIT or Native-Image for cloud-native development. Below flow chart will help in understanding the decision making logic. 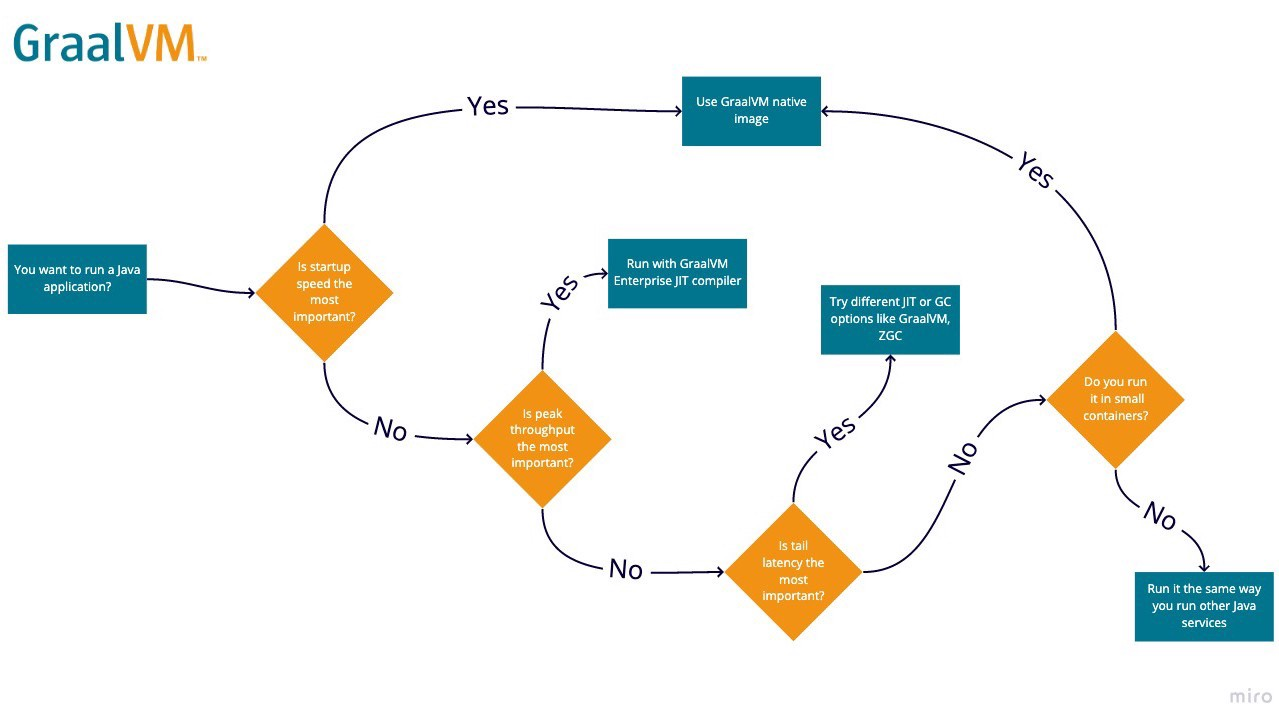 Published at DZone with permission of Pratik Prakash. See the original article here.