Integration test cases are expected to be executed after deployment on QA environments on microservices.

We can create a separate microservice integration test module to run integration test cases of any microservices and execute on QA deployment. It can be configured with the build pipeline using Jenkins, Bamboo, etc. When the build will be passed after BDD integration is run on QA, then it should be promoted to the staging/pre-prod environment to make sure that all the REST APIs are intact.

This article will describe current challenges, usage of Cucumber JVM BDD in agile development, setup with Spring Boot, and Jenkins integration. Cucumber has very powerful reporting with graphs and tables, which can be integrated with Jenkins and share the report. It also generates JSON reports, which can be integrated with other applications or integration testing. It simplifies behavioral testing by using a simple English-like language that can be written by business/QA (non-developers) and later converted to a technical integration test case with or without mocking.

BDD (Behavior Driven Development) is a methodology for developing software through continuous interaction between developers, QAs, and BAs within the agile team. BDD has these major components:

BDD is based on these three major pillars:

3. Then: Acceptance and assertions.

The purpose of Givens is to put the system in a known state before the user (or external system) starts interacting with the system (in the When steps). Avoid talking about user interaction in Givens. If you were creating use cases, Givens would be your preconditions.

The purpose of When steps are to describe the key action the user performs, such as interacting with a web page. It actually calls the business logic or actual APIs.

If you have several Givens, Whens, or Thens, you can write like this:

Or you can make it read more fluently by writing

Unit Testing vs. TDD vs. BDD

Unit testing is for testing individual modules, whereas TDD is based on writing test cases first and then writing code to make that pass. BDD is based on the behavioral testing based on real scenarios (which can't be tested in TDD). Testing microservices REST APIs are a good example.

Reference: This article has detail comparison matrix with other BDD tools: https://codeutopia.net/blog/2015/03/01/unit-testing -tdd-and-bdd/.

Why BDD with Cucumber? Pros/Cons:

Cucumber is a very powerful framework for BDD testing. It has many useful features like testing by example (data tables, which can be part of the test cases ) or parameters, which can be passed directly from feature file(s). Multiple sets of tests can be sent to BDD test cases. Test data can be passed from the feature files without touching code or making changes in properties resource files. Features files and the related code looks readable and maintainable. Additionally, Cucumber supports many different languages and platforms like Ruby, Java, or .NET.

Getting Started With Cucumber 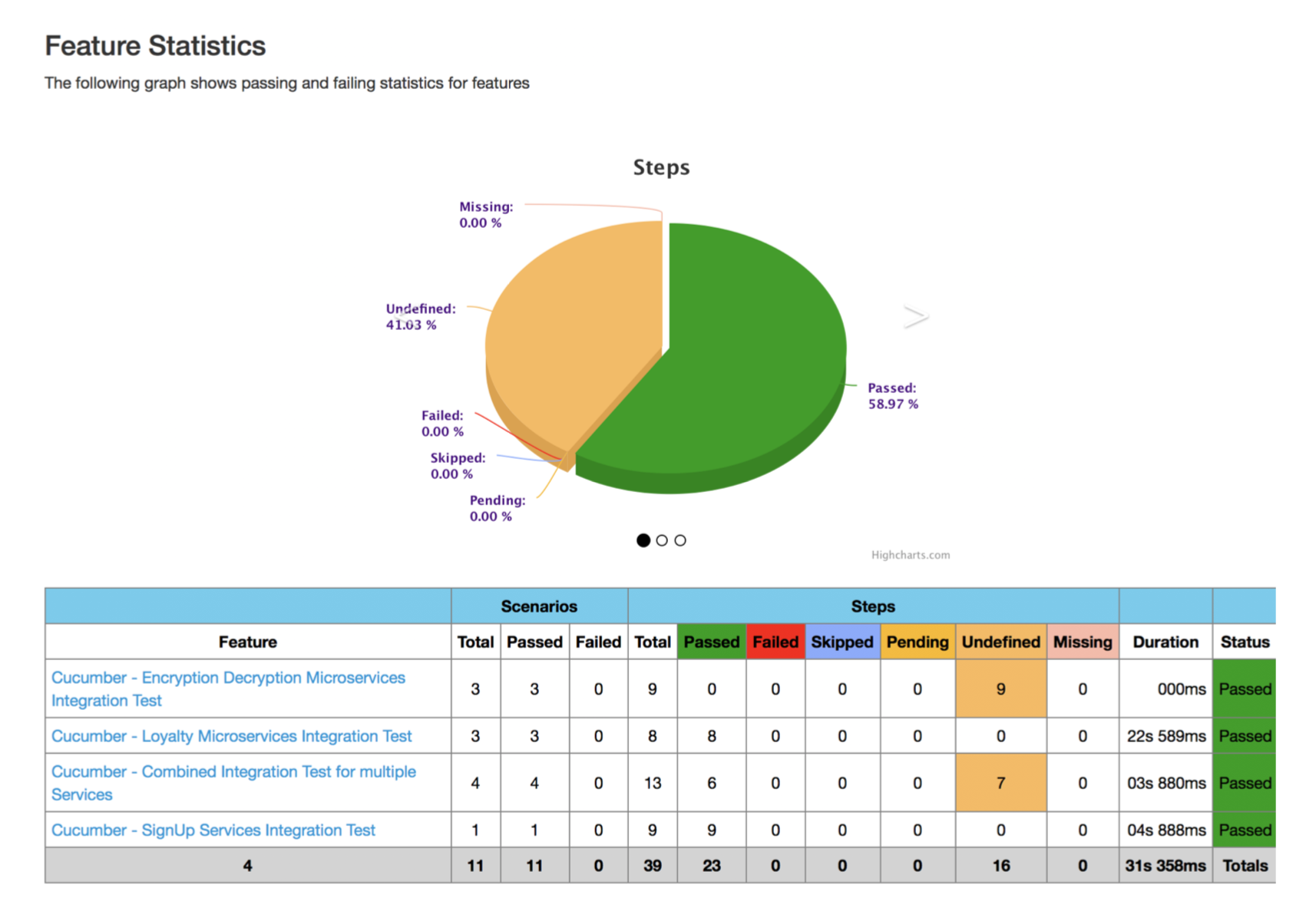 To run Cucumber from the command line, you need to add this Maven plug-in.

Now, Cucumber integration tests can be run by simply using:

Cucumber has a feature to group features/scenarios as a group, which is called a "tag". It can be annotated in the feature file by using @, for example, @signupServices. These test suites can be run individually based on your requirements.

Please refer these links to configure with Jenkin.

Note: The same Maven test plugins seen above will be required to create multiple Jenkins profiles for each feature or group of features by adding tags.

BDD – An Introduction and Usage Guide