On Monday, Forbes announced that Microsoft briefly surpassed Apple in value, despite bugs found in the Azure Active Directory Multi-Factor Authentication, locking users out of its cloud services for approximately 14 hours.

According to Redmond, the voice of the Microsoft community, there were three separate problems that occurred, causing users to be unable to sign in through MFA.

Here is what Azure Status posted as the source of the lockout:

Despite status updates and Twitter posts from Azure ensuring the community that engineers were actively working to resolve the situation, many users expressed frustration with both the length of time MFA was down and how updates were sent out to the community. 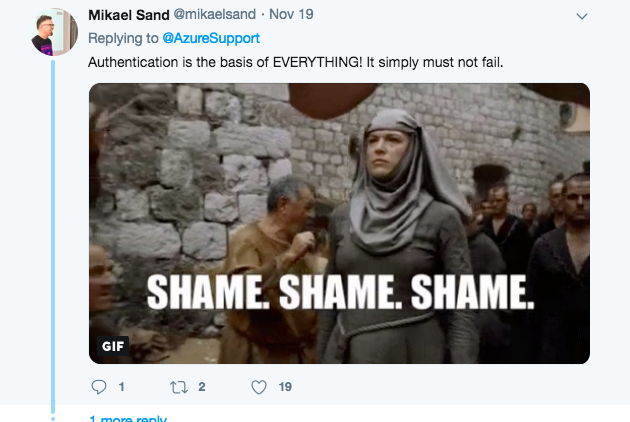 As of 14:25 UTC on Tuesday, Azure assured the community that engineers were continuing to investigate potential MFA failure when accessing Azure resources and that they will continue to update their Azure status page as more information is uncovered.

Forbes credited Microsoft's success to its widely diversified sources of revenue and shift to the cloud. However, with recent bugs found across cloud services, how will this impact Microsoft's success moving forward? Let us know what you think in the comments below!