This article details the steps to migrate an existing monolithic application to microservices, an architectural approach that consists of building systems from small services, each in their own process, communicating over lightweight protocols. This will provide a broad view of microservices implementation in Azure using service fabric, challenges faced in migration, approaches, and strategies that we can implement, and ways to build, release, monitor, and scale microservices.

This article deals with an innovative practice that has the potential to be used across different projects.

Microservices are loosely coupled components by independent teams using a variety of languages and tools. Speed and flexibility far outweigh the disadvantages. We will use Azure Service Fabric to migrate an existing application to microservices. 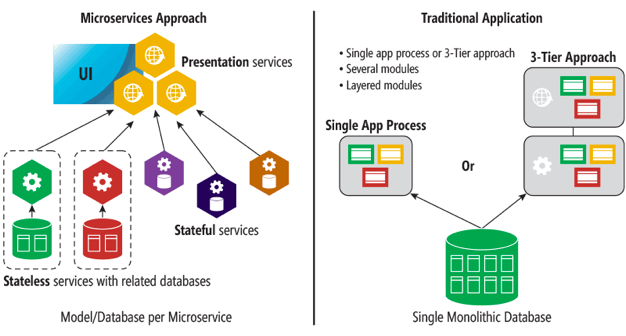 Let's take a look at a Walmart case study to see the quantitative benefits of migrating to microservices.

Migrating to microservices caused a significant business uplift for the company:

A gradual approach is recommended because new microservices can be tested quickly without interrupting the reliability of the current monolithic structure. Use microservices to create new features through the legacy API.

Modularize the monolithic architecture so that it can still share code and deployments, but move modules into microservices independently if needed.

This is better than a big-bang rewrite. 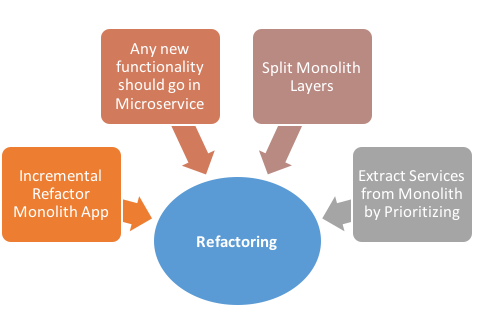 Gradually build a new application consisting of microservices and run it in conjunction with the monolithic application.

Over time, the amount of functionality implemented by the monolithic application shrinks until either it disappears entirely or it becomes just another Microservices.

2. New Functionalities Should Be Put in a Standalone Microservice

Strategies that a service can use to access the monolith’s data include:

Shrink the monolithic application to split the presentation layer from the business logic and data access layers.

Turn existing modules within the monolith into standalone microservices, prioritizing which modules to convert into services.

Start with a few modules that are easy to extract and extract those modules that will have the greatest benefits. 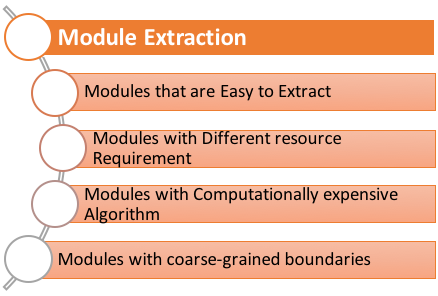 Rank modules by their benefits. It is usually beneficial to extract modules that change frequently.

Extract modules that have resource requirements significantly different from those of the rest of the monolith — for example, turn a module that has an in-memory database into a service that can then be deployed on hosts with large amounts of memory.

Extract modules that implement computationally expensive algorithms since the service can then be deployed on hosts with lots of CPU.

Look for existing coarse-grained boundaries as they make it easier and cheaper to turn modules into services. For example, a module that only communicates with the rest of the application via asynchronous messages. It can be relatively cheap and easy to turn that module into a microservice.

Below is an approach for extracting a module:

Each service refers to an external registry holding the endpoints of the other services.

In the third-party registration pattern, service instances aren’t responsible for registering themselves with the service registry,

The service registrar tracks changes to the set of running instances by either polling the deployment environment or subscribing to events. When it notices a newly available service instance, it registers the instance with the service registry.

VSTS easily packages app in an automated build and publishes the app in a release.

Things We Can Do 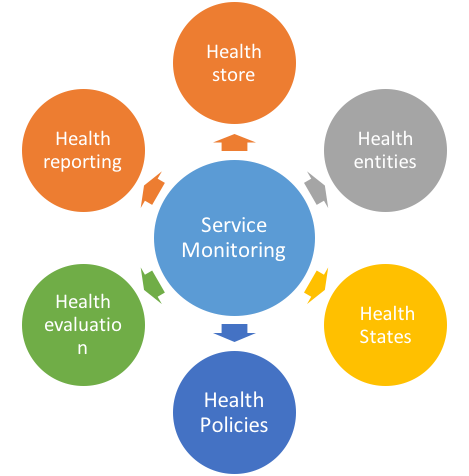 The scalability options for Azure Service fabric are the following.

Tools for load testing microservices include SoapUI and JMeter. The following are a couple of testability scenarios.

This generates faults across the entire Service Fabric cluster and compresses faults generally seen in months or years to a few hours. Faults include:

Tests the effect of failover on a specific service partition while leaving the other services unaffected. Faults include:

Azure Service fabric Runs on Azure, on-premises or in any cloud (even in other third-party hosted clouds like AWS). It supports Windows or Linux. It runs any Windows application in your cluster, not only Service Fabric-aware apps. 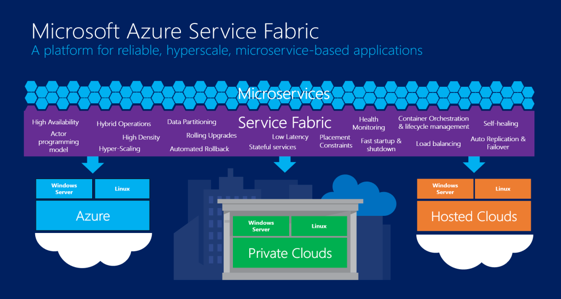 Azure Service fabric improves reliability by adding redundancy into the application deployments over multiple nodes (Virtual Machines). The service fabric cluster is the group of five or more VMs that provide a guarantee against node-level failures.

Azure service fabric can be used for any service types.