The world is absolutely engrossed in the exciting future technologies, Virtual Reality (VR) and Augmented Reality (AR) being the most popular ones. You engage in some hi-tech gadgets, and then, you are in a different world altogether, while also interacting with the world around you. It is not only limited to entertainment, but there is also much more to offer now. And, to add icing to the AR-VR cake, comes a wonderful merger of the two — Mixed Reality technology (MR), also known as Extended Reality or Hybrid Reality. It is a seamless intersection between Augmented Reality Development and Virtual Reality Development and combines the best of both virtual worlds. MR is all set to transform the world by offering virtual services that make the physical world talk to the digital in such a smooth manner that it all seems real. Of course, it has its own set of challenges, but then, what is a niche technology without any challenge? Before we delve deeper into the use cases of mixed reality, let us understand the three different technologies in detail and their differences. 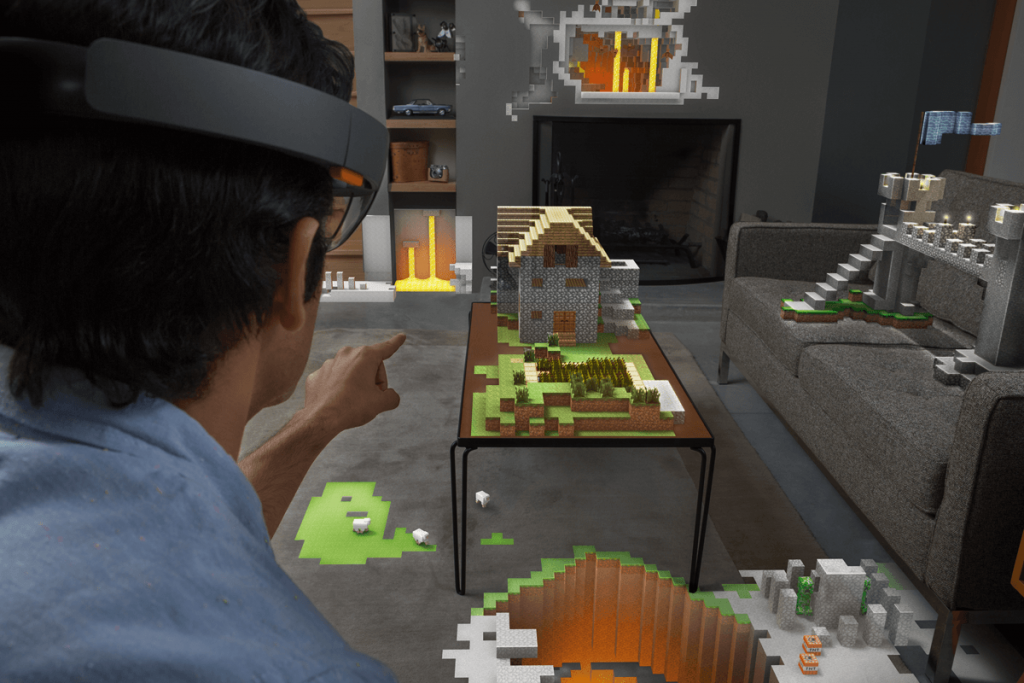 A Glance Into Different Digital Realities

Virtual Reality showcases an artificial environment that is developed through a software solution. Dominated by sound and sight, it appears in front of the user in such a way that the user feels it is real and believes in it. The easiest example of VR is a 3D image that can be explored through the computer in terms of movement and voice modulation. VR is used for simulating a real-time environment in the arenas of training and education. It also plays an important role in gaming scenarios.

Moving a step further, AR has proven its worth in our daily lives as well as almost all industry segments. It brings across the elements of the virtual world into the real one, augmenting the visual, sound and feel affect the things around us. It acts as a bridge between the real and the virtual arena. The graphics, sound, and touch components of AR are appended into our original world to offer an augmented user experience. 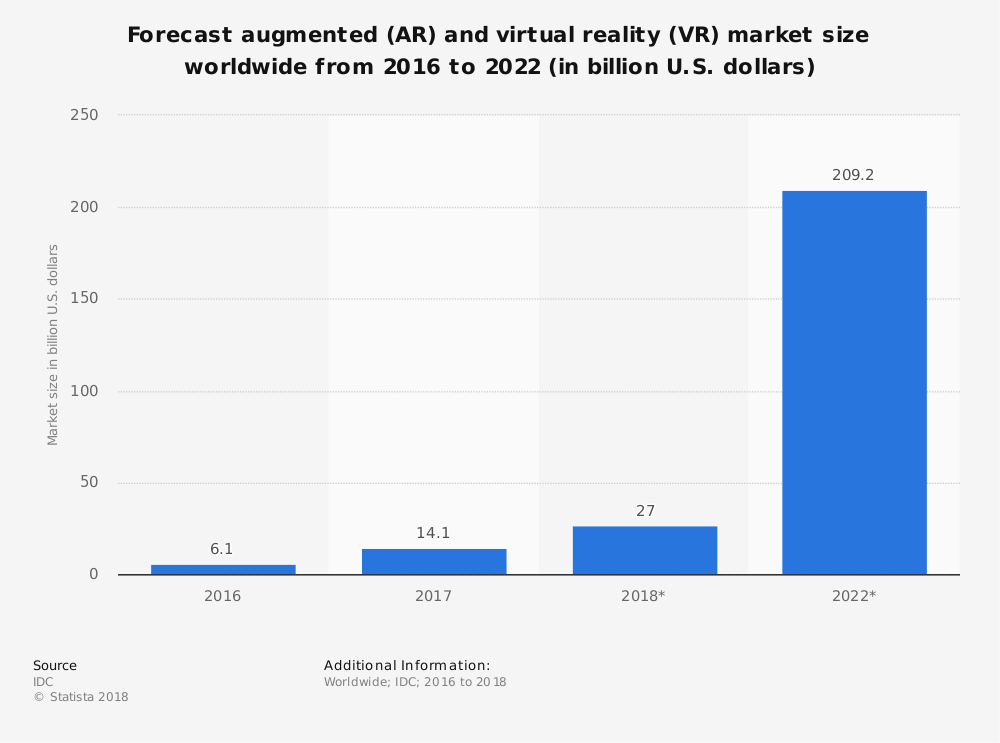 Mixed Reality creates a user forum wherein the physical and digital elements are merged in a way that facilitates interaction amongst the real and virtual world. It possesses characteristics of both — VR and AR — but goes a step further by offering the best of both.

Thinning the boundaries between the physical and virtual world, it offers a combination of all, offering a hi-tech reality experience:

As defined by Wikipedia: 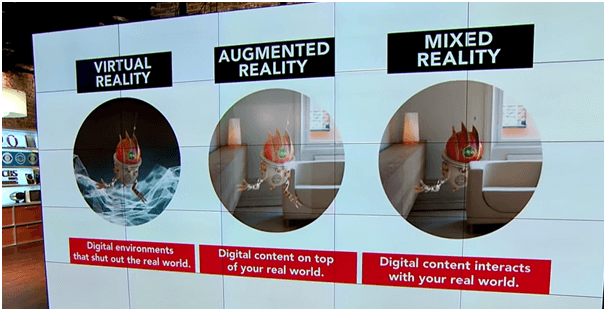 Training Engineers in the Aircraft Industry

Mixed reality can be used in the aircraft industry for training engineers involved in repairing engines. While undergoing training, they are no longer required to extract the engine out of the aircraft. The engineers wear special headsets through which they can view the holographic image of the engine and, with various image and voice features, can understand the engine in-depth.

MR can help senior supervisors in the construction industry convey to workers what part of the equipment is not working or what work is yet to be complete through virtual signals. Workers, through their headsets, can view technical diagrams and come up with a solution to the same.

Online Learning in an Enhanced Way

Wherever space is a constraint while education and learning, MR comes to the rescue. Replication built learning is ideal for learners who are keen to explore but have less space to cover. MR makes them feel like there is ample space available with everything around feeling real and that too at a near distance.

Scrutiny in the Manufacturing Industry

With the help of mixed reality headsets, scrutiny officers can have a look at the real-time information for various components and can get actual insight into those components.

Before building the designs, designers can, through this technology, intermingle with the new products. They can have a look at the digital archetype and understand the risk areas that could create a problem as well as identify the missing links. This could help speed up the entire process of designing and developing the product.

Geographically spread teams can leverage this technology by taking part in simulated video meetings wherein they can see a huge 3D version of the product being made, along with features related to language translation etc.

In the near future, doctors can use MR for various activities that allow MR imaging instead of actual objects. It could be surgical or educational.

Assisting the Supply Chain in Shipping and Logistics Industry

Through the smartphone or smart glasses, the entire details of the shipping lots can be obtained, queries can be solved, and answers can be displayed.

Virtual events are in today. Remote attendance can be marked in a virtual exhibit hall during sessions or during actual conferences being held. Visitors in the exhibitions can talk to the vendors during the specified timings.

Users can map the images to physical objects through the sensors in the wearables that map the physical world and make up a holographic display.

A Futuristic View Towards Virtual Reality Development and Hybrid Reality

Unbelievable but true, there is a lot in store for the future that Mixed Reality has to offer. Here are some of the highlights to look for:

The real challenge lies in constructing a virtual space exactly in line with the real world so that there is an equal balance between the two, giving the users a deceptive experience that looks real. Though it sounds simple, this turns up to be quite a tough task to achieve.

Programming Experiences to Make Them Look and Feel Real

It is a tough task to program and sequence experiences so that the basic goal of offering sensory trick is fulfilled. There is a lot to take care of while offering this level of user experience. The real effect of MR can be felt only if the users can experience a larger virtual world in terms of their own visualizations.

Figuring Out What Exactly the Program Needs to Achieve

There is a primary requirement to first analyze what exactly is the output needed through the MR software program. Once that is analyzed, it becomes easier to build the program. It is a challenging task to identify the algorithm that will give way to the blended AR – VR output. And then taking it a step further, it is equally important to strengthen and optimize the algorithm so that it gives a seamless experience.

On a Parting Note, Looking at the Future

MR is not just a lot of hype. It has been proving its mettle by extracting the best of both virtual giants – virtual reality and augmented reality. The varied kinds of applications that are working around MR are simply amazing and offer us an exceptional experience. Imagination and invention know no boundaries and that is what MR technology has proven. This is a beginning to a technologically dominated future. What to expect in the coming years is unimaginable. Surely, an interesting technology space to keep watching for.