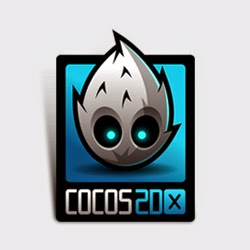 I am only going to do two talks this year for So Cal Code Camp @ UC San Diego. The event will be held the weekend of June 28th and 29th in beautiful San Diego. Even if you are not local, I can't think of a better reason for a So Cal vacation. Remember, this is a free event which features lots of top notch speakers. Here are the descriptions of my two talks.

If we've learned anything from the "Flappy Bird" incident, it is that it is still possible for a free game, from an independent developer to make money, a lot of money. Video games are extremely popular on smart phones and tablets. While the odds are against your game becoming a smash hit, it is still possible to make a fun game which generates a bit of money.

In this two session talk, we will explore using Cocos2d-x, an open source game engine, to build games for all three major smart phone platforms - Google, Apple, and Microsoft. Cocos2d-x is free and it runs on many platforms giving you the ability to port your game not only to the most popular phone platforms but to desktop platforms like Windows and Mac OS X.

In the first session, we will start with the basics. I will show you how to add Cocos2d-x to your development environment. Then we will put together the same simple demo app using Cocos2d-x on all three platforms. Next we will explore CocoStudio, Cocos2d-x's free game development toolkit. With it you can create your levels, animate characters and design your game's user interface.

In the second session, we will put together a simple but playable game. We will write our code in JavaScript and get it running on multiple platforms. I will show how to animate characters and create levels in CocoStudio then use in our game. Plus I will delve into the crucial but rarely included technique of debugging your code.

If you are interested in attending, be sure to register for Code Camp and indicate your interest in these talks. The talks which have more interest get bigger rooms. I've done similar talks to standing room only crowds, while bigger rooms were only half full.